The latest news in the world of video games at Attack of the Fanboy
March 4th, 2016 by Dean James 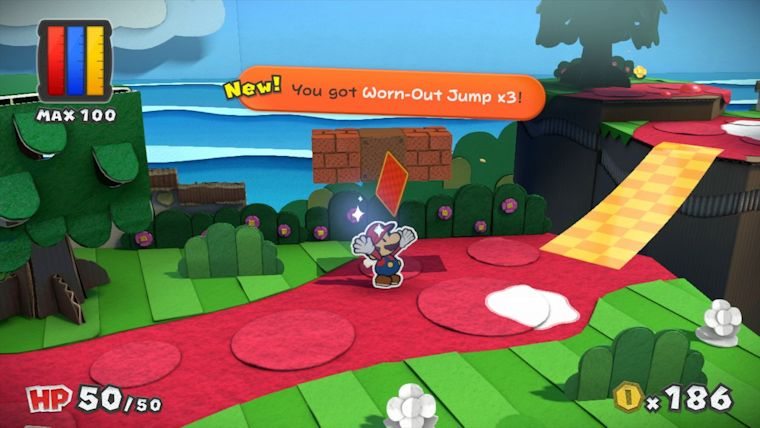 Last month a lot of rumors started to pop up about a brand new Paper Mario game coming sometime this year for Wii U. Based on the sources, the intel seemed pretty good, which was proved to be true in yesterday’s Nintendo Direct with the reveal of Paper Mario: Color Splash.

Nintendo held their latest Nintendo Direct last night that focused on upcoming games for Wii U and 3DS that will be releasing through the summer. While the majority of the games that were shown were announced previously and just given more details, the Direct included a few new games as well, perhaps the most exciting of which was Paper Mario: Color Splash.

Paper Mario: Color Splash looks great visually with the beautifully 2D characters on a 3D background, which is no surprise with it being the series first HD entry. While the visuals look great, the reveal was a little concerning with many comparing the card based mechanic that was shown off to the terrible stickers in the disappointing Paper Mario: Sticker Star on the 3DS. Thankfully, they do look like they could be a little more involved with the coloring mechanic though.

Fans have been clamoring for a brand new console Paper Mario for awhile now, especially one that could live up to the fantastic Paper Mario: The Thousand Year Door for GameCube that was the last true RPG in the series. However, it looks like they are once again straying away from a pure RPG experience in this new game if this reveal is any indication with it being referred to as an action-adventure game. Hopefully this does not turn out to be the case and it will be the game we have all been waiting for.

Paper Mario: Color Splash was given a vague release date of 2016, so we really don’t know when it will be coming. With the Direct initially being announced as covering games through the Summer though, hopefully that means it may be coming sooner than the Fall.