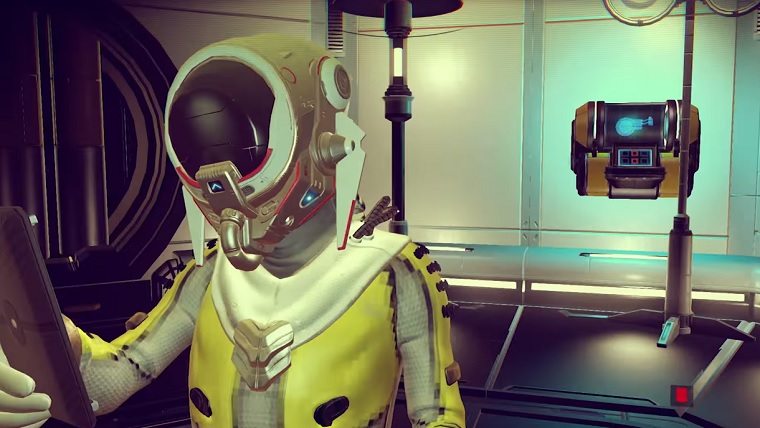 Part three of the four-part video series digging into the ins and outs of Hello Games’ ambitious No Man’s Sky is now live, and this time we’re focusing on the game’s trade mechanic. While we’ve gotten some bits and pieces about trade with the game’s resources, this is our first in-depth look.

Here’s the official description from the video:

“Resources are a vital part of exploration, trading and survival. No Man’s Sky has its own periodic table of elements – some familiar to our world, some new and unknown – and each one is used in different ways. Some can be used to craft new items and weapons once the player has learnt the technology.”

“While planets might be unexplored, they aren’t necessarily uninhabited. Alien races have their own distinct languages, which can be learned a word at a time at ancient structures or through conversing with the aliens themselves. Unlock their vocabulary and your chance of a successful interaction increases, raising your standing with them.”

“Common resources on one planet could be scarce in another – mining on one planet to sell on another can be a lucrative trade. Players can also craft Products from resources, which can be sold for higher prices – discover a certain race’s preferred Product and you can make a living from supplying them.”

Beyond this video there’s just one more video in this series to look forward to, and that will focus on the survival element of the game. While there’s no official release date for that one, it is expected to arrive early next week. No Man’s Sky will launch for PlayStation 4 and PC on August 10th, and you can check out the Trade trailer below.