The latest news in the world of video games at Attack of the Fanboy
January 13th, 2016 by Mike Guarino 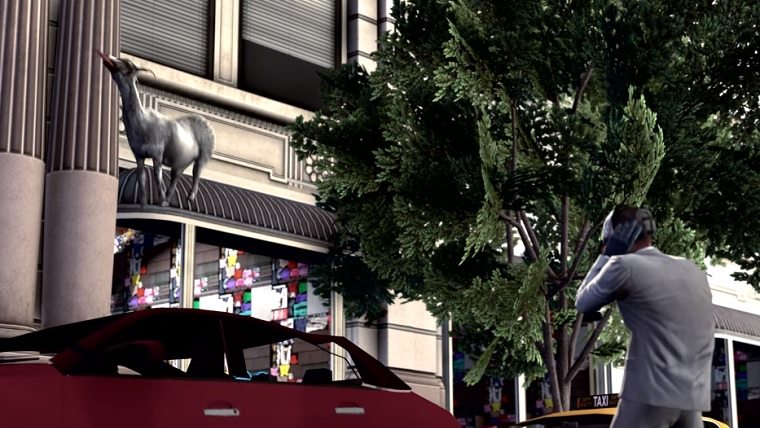 Payday 2 is set to be getting a brand new Heist DLC, though this one is definitely a little different compared to the ones that have come before. How is it different? Well, instead of trying to get away with stealing money you’ll be stealing cocaine-carrying goats. No, I am not lying to you.

A new trailer released by the devs today confirms the news, which you can check out at the bottom of this post. The trailer shows off the Payday gang trying their best to catch those pesky cocaine-packing goats, though they’re definitely having some problems doing so.

According to the DLC’s website, this is the set-up for this wacky content: “When the Payday gang were ordered by Vlad to intercept a truck carrying cocaine, they expected to act as clean-up and collect the goods. Easy peasy. Or at least that’s what they thought. But as they arrive on the scene and see the crashed truck, there is no cocaine packages in sight… only goats… and chaos…”