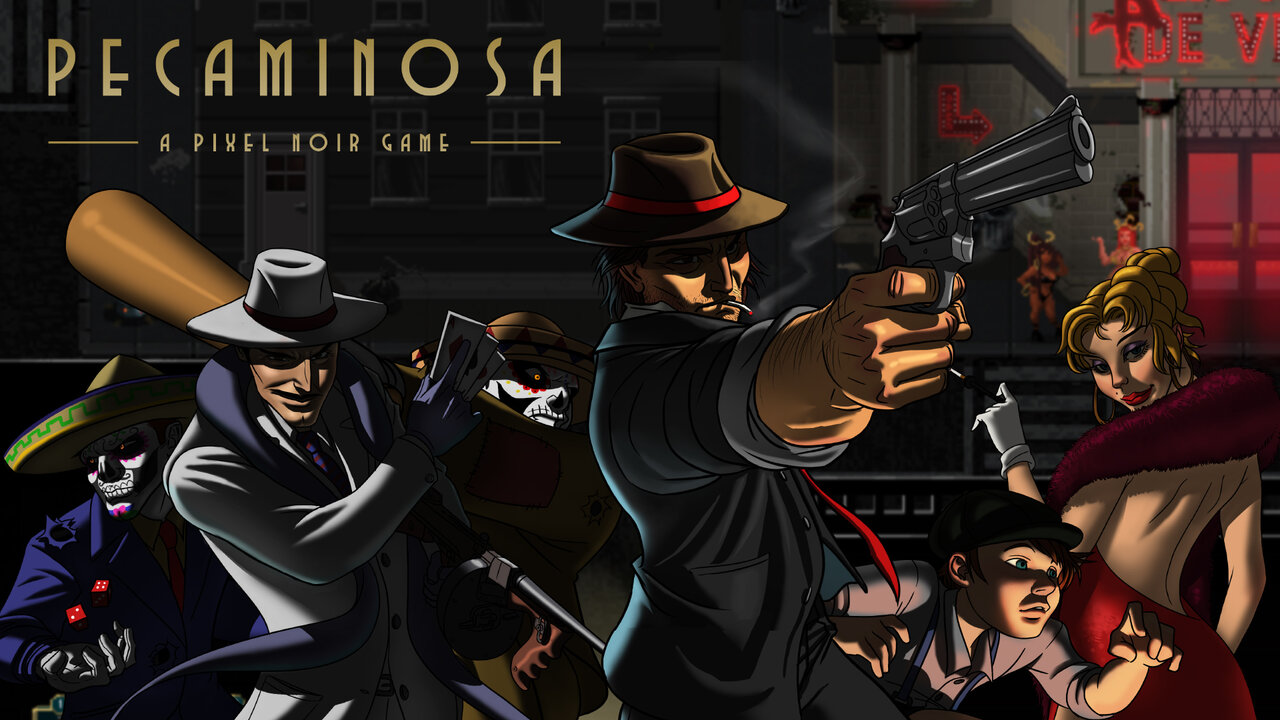 Cereal Games has just announced the “La Soirée” update for its Action-RPG game Pecaminosa, introducing new zones, new mini-games, and it “closes the main case of the game”.

La Soirée’s content update will be quite game-changing. It will include new areas to investigate as well as new characters, new mini-games including poker and slot machines, new Boss Battles, several new and different endings, and the game’s epic epilogue.

Cereal Games has also confirmed that the release date for this content update will soon be announced, and alongside it, the official final release date on the PlayStation 4 and Xbox One consoles.

Pecaminosa is an action-RPG game with noir-style detective stories and ghost tales with character-driven narratives. Combat-wise, the game introduces various weaponry options, melee attacks, and dodges. For completionists, the game has several secret areas and final bosses which will offer special rewards.

The game focuses on its main character John Souza, his trip through literal hell, and his one final loose end of finding out the truth about what really happened to Brian Sullivan, his old partner.

Something very threatening is hanging in the city’s air, something sordid and tyrannical. Brian Sullivan was investigating all that right before his disappearance, it’s up to the player to “discipline” the Elite and uncover the truth behind Brian’s disappearance. John Souza is on a mission against the tyranny of the elite immortal citizens of Pecaminosa.

Pecaminosa is now currently available on the Nintendo eShop for the Nintendo Switch, and on Steam for PC. The game will also arrive on the PlayStation 4 and the Xbox One, and the release date for consoles is yet to be announced.