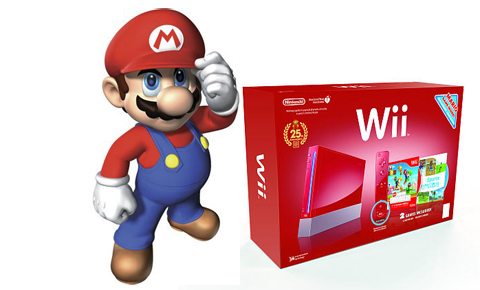 The last of the Mohicans gathered on Black Friday to finally give in and buy a Nintendo Wii or DS.  Nintendo’s in house estimates are to the tune of 900,000 DS handhelds and 600,000 Wii  consoles for the week of November 21-27.

It’s not like consumers had much of a choice when you’ve got everyone’s favorite plumber staring you right in the eyes celebrating his 25th anniversary.  It’s a me Mario, buya me or I slappa de face.

Old technology or not, the Wii is proving that it still has legs this holiday season.  When will Nintendo come out with a new console you ask?  Well, at this point when they’re still putting up sales numbers like these on a console that far under-powered compared to the competition and probably costing them very little to produce at this point, you come to the conclusion that they’re going to ride this gravy train until it comes to a crashing halt.

When will that be?  Maybe never, their are probably still a lot of baby-boomers out there that haven’t yet tried Wii Fit.