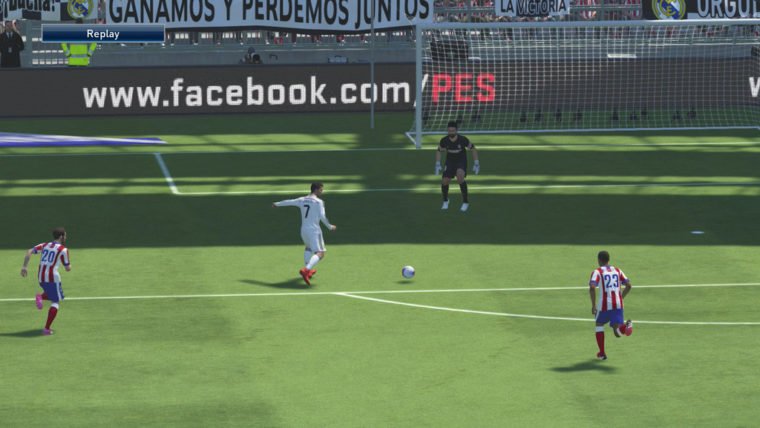 As we previously reported Konami’s Pro Evolution Soccer 2015 (PES 2015) demo is scheduled to hit Playstation and Xbox consoles today for North and South America. This was confirmed earlier with a tweet from Konami which can be seen below. This should be the same demo which was already available on Asian and European systems.

That demo was a 2.49 GB download for PS4 with other versions likes hovering around the same figure. Last-gen systems, like the PS3 and Xbox 360, might be a bit lower than that, but we have not had any confirmation. The PES 2015 demo offers a decent amount of gameplay, letting players try the game out for 7 or 10 minutes. They are able to choose from the following teams: Real Madrid CF, FC Barcelona, Atletico Bilbao, Atletico Madrid, FC Bayern München, Juventus, and SSC Napoli.

The release of this demo seems to be very targeted as PES 2015’s major competition launches today in North America. FIFA 15 became available on tons of systems earlier today, and it seems like Konami might be trying to steal some of their thunder with this release.