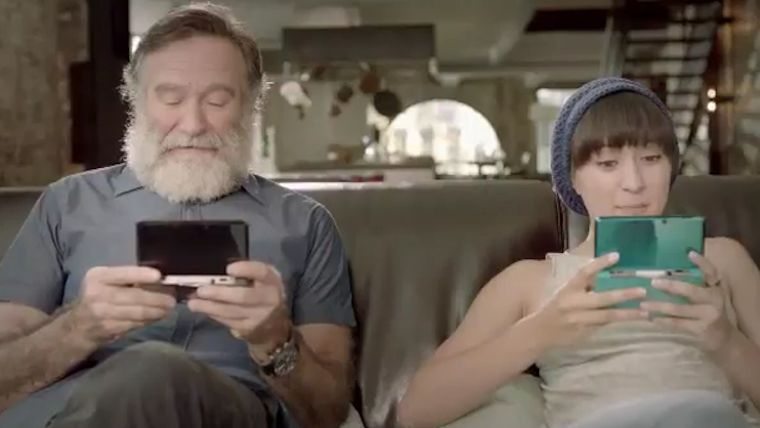 Two days ago we tragically lost an actor that many of us grew up with and adored, Robin Williams. Described in greater detail in my tribute article, Robin Williams was a major supporter of the Legend of Zelda series over the years, among other games.

Williams named his daughter after the title character Zelda and she was raised on The Legend of Zelda games. This led to a marketing campaign on many of the recent The Legend of Zelda titles with the two. As a result of his promotion and adoration for the series, a fan started a petition to ask Nintendo to put Robin Williams in The Legend of Zelda Wii U as a non-playable character, as we told you about earlier today. In very little time, the initial goal of 25,000 signatures has been far surpassed as the total as of this writing was over 55,000 with the new goal of 75,000.

Just imagine how awesome it would be to come across a character even just named after Williams or something such as that in the game. Maybe he could even sell a special tunic somewhere in the game, while he wears his signature costume from Hook. I know this is something that would have brought incredible joy to a man like Robin Williams that brought so much joy to us and it would certainly have to be special for his daughter as well.

I mentioned in my other article that I hoped the game at least had a tribute to him in the credits of some sort, but this idea is so much better. Of course with all petitions, this doesn’t guarantee anything, but it’s a worthy enough cause to try and show Nintendo, especially with World of Warcraft already announcing a tribute in his honor after a successful petition. If you are interesting in signing the petition, you can do so right here.