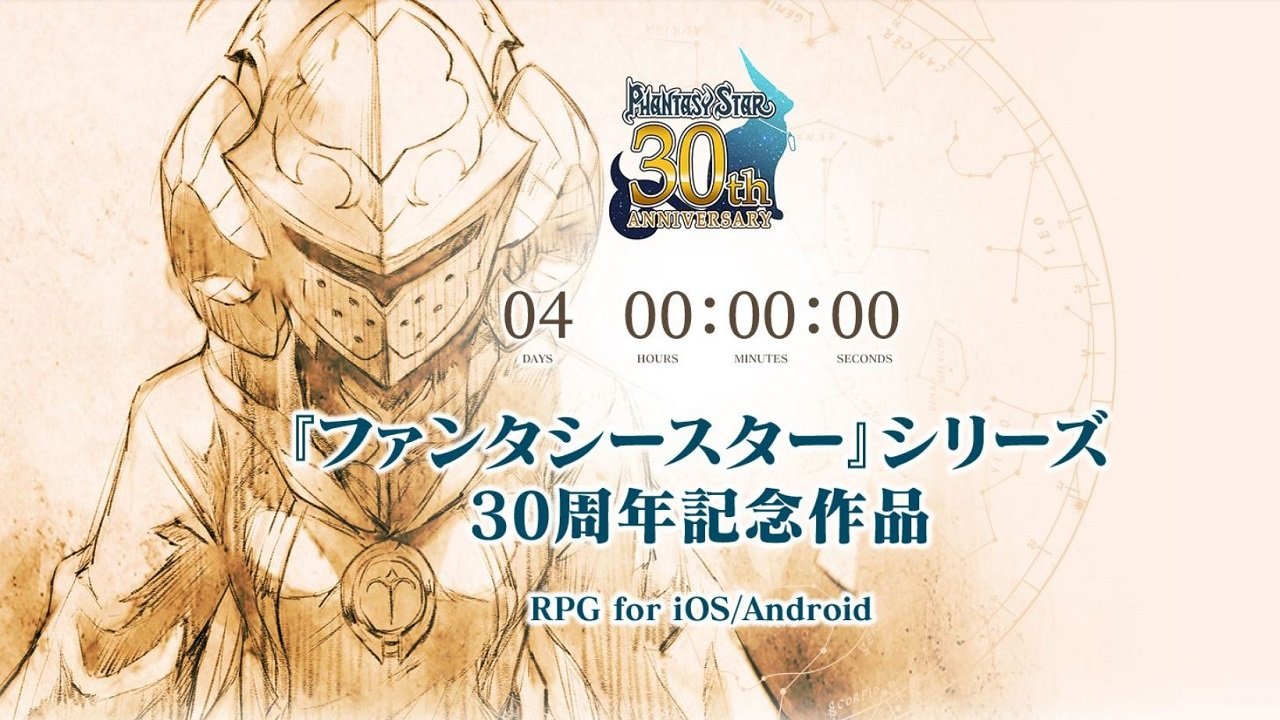 It has been 30 years since Phantasy Star debuted on the Master System in Japan, so SEGA is celebrating the occasion by launching a count-down website teasing the reveal of an anniversary game…for mobile platforms.

It would be easy (and probably correct) to be upset at this turn of events, but it’s worth noting that it isn’t all bad. Yes, there’s the chance that this will turn out to be yet another gacha game (even if it’s a good one like Star Ocean: Anamnesis), but there’s also the possibility of it turning out to be Phantasy Star V — a game that fans have been asking about for 23 years now.

Furthermore, assuming that the game doesn’t end up becoming Japan-exclusive, a Phantasy Star title having a legitimate English release would be more than welcome. The West hasn’t seen any such release in nearly a decade, with the most recent title to arrive here being Phantasy Star Portable 2 for the PSP in 2010. Meanwhile, Japan and occasionally other Asian regions have received a fair amount of title since then, even getting yet another version of Phantasy Star Online 2 — a game that we were promised an English version of years ago, mind you — for the Nintendo Switch earlier this year.

So, yeah, you won’t be faulted for being apprehensive towards this, but it might be worthwhile to hold out hope this one time. Maybe.

All that’s left is to wait until July 23.