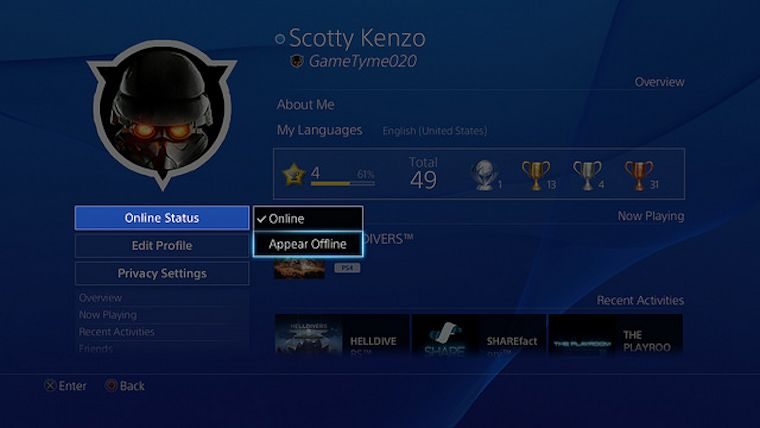 Details were first announced about the next big update for the PS4 with its system update 3.50 in the last couple months, with PS4 owners able to get in on the action early through a beta program, which is what they tried out with the previous major update as well. It was just announced that 3.50 would be arriving on April 6 and as of right now the system update is rolling out to PS4 systems.

According to a poster on NeoGAF, the 3.50 update for PS4 weighs in at 299.7 MB, with reports of it now being available across both the US and Europe.

PS4 system update 3.50 brings a number of much awaited features to the PS4, such as the ability to appear offline, turn on friend online notifications, create user scheduled events, and being able to play together easily through parties by seeing what other members of said party are playing.

This latest update also brings the ability to use Remote Play with PC and Mac, which can be done with a separate app on your computer that is also available right now.

If you have your system in Rest Mode and have it set to download updates automatically, this update should be downloading for you now or very soon. If not, you can always go to the system settings and manually start the download.