Real talk: who hasn't played The Witcher 3 at this point? 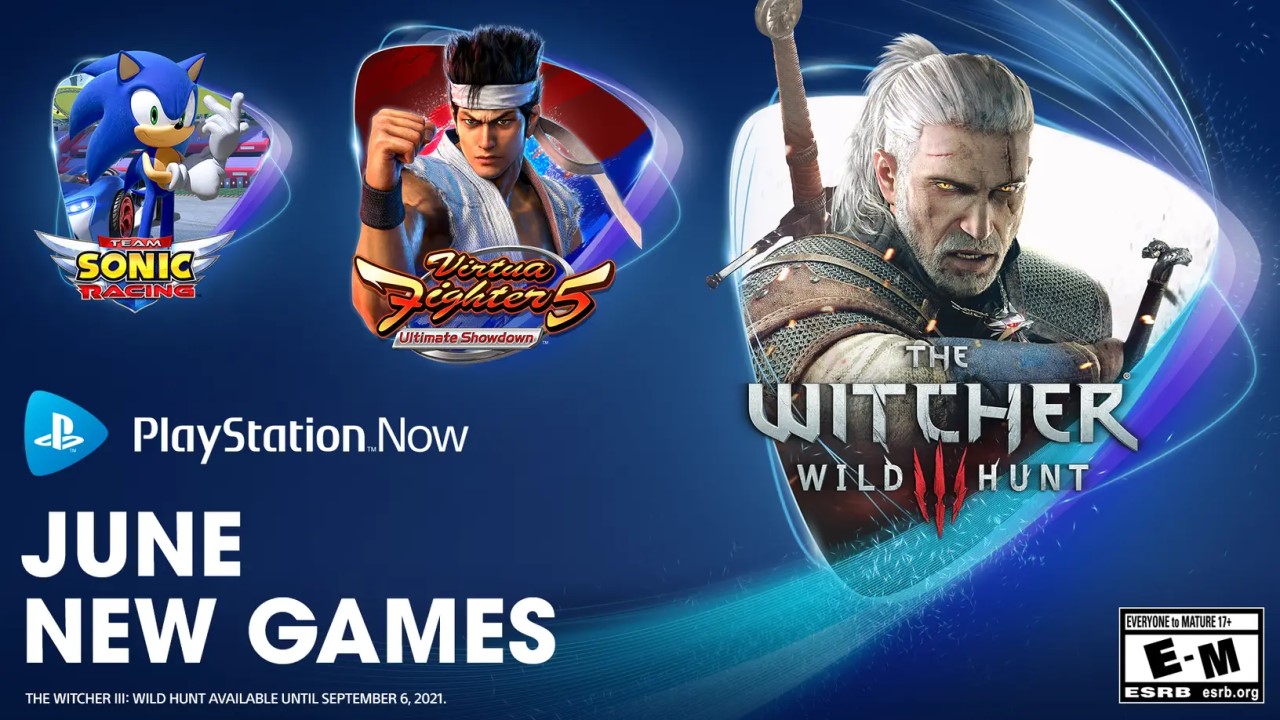 PlayStation Now, Sony’s streaming subscription for PlayStation platforms and PC, is bolstering its library with a handful of solid games in June. Sure, there are probably only three people left on planet Earth who haven’t played The Witcher 3, but it lands on PlayStation Now in June alongside a trio of Sonic games, Virtua Fighter 5, and Slay the Spire. Oh, and Car Mechanic Simulator is on the list as well, if that’s your more your speed.

PlayStation Now adds a handful of new games in June, to include The Witcher 3.

While Microsoft’s Xbox Game Pass may lead the industry in terms of subscription gaming services, Sony’s been quietly expanding their PlayStation Now library with solid titles of their own. The Witcher 3 may be six years old at this point, but the complete The Witcher 3: Wild Hunt – Game of the Year edition still holds up well (combat aside; that aspect of Geralt’s adventure is still pretty meh).

To celebrate Sonic’s 30th anniversary PlayStation Now will add three Sonic games in June. Team Sonic Racing, Sonic Mania, and Sonic Forces will all be available on the streaming service. Of the trio, Sonic Mania is arguably the best of the bunch, though Team Sonic Racing isn’t half bad if you have some friends to play it with. As for Sonic Forces, well . . . it’s a Sonic game!

Virtua Fighter 5 Ultimate Showdown will launch on both PlayStation Plus and PlayStation Now in June. Our own Tess Smith wrote an article summarizing what to expect from the remastered fighting game, so be sure to check that out here. I’m not entirely sold on fighting games working well via streaming, but I’m also a bit of a curmudgeon when it comes to game streaming. Hopefully Virtual Fighter 5 works well on PlayStation Now. Finally, Slay the Spire and Car Mechanic Simulator will land on PlayStation Now in June. You can practically play Slay the Spire anywhere these days, so what’s one more service? The game remains incredible, so why not give it a go if you haven’t already? On the other end of the spectrum, Car Mechanic Simulator should scratch your tinkering itch should you have one, with 48 new cars, 10+ new tools, and 1000+ new parts to use it’s larger than ever before.

PlayStation Now is available on PlayStation 4, PlayStation 5, and PC in supported regions. You need at least 5Mbps internet speeds to stream, and 15Mbps speeds to stream at 1080p. The service costs $10 for a single month, $25 for three, and $60 for a full year. Additionally, you need to have a PlayStation Network account and be over the age of 18 to sign-up.