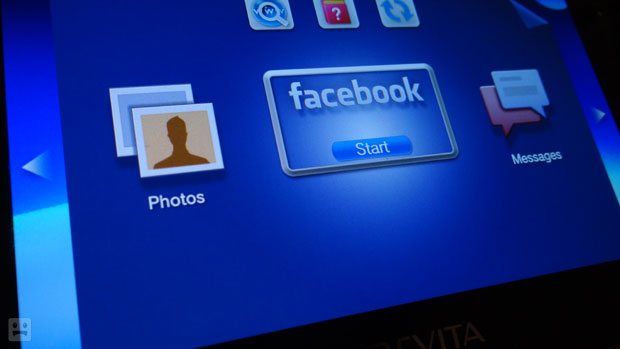 When the PS Vita launched, it did so with an application for the popular Facebook social network.  Shortly thereafter, network problems forced Sony to pull the application from the PS Vita Store.  Well Vita Facebook Fans, your application is back on the store and can be downloaded for free.

Apparently there was an issue on Facebook’s end that prompted Sony to remove the app until it was fixed.  Since it’s back, why don’t you fire up that PS Vita hop online and while you’re at it, give our Facebook page a gander.

You can find that here.