The latest news in the world of video games at Attack of the Fanboy
December 27th, 2010 by Bill Hess 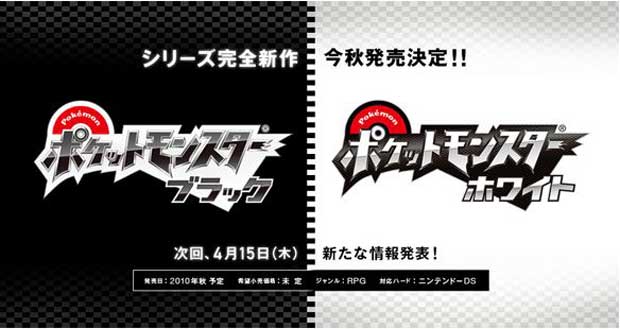 Pokemon Black and White have been available in Japan since September but the North American players will soon get their hands on the latest Pokemon game.  The U.S. will indeed get both editions of the game Pokemon ‘Black’ and Pokemon ‘White’.  The new games represent over 150 new Pokemon characters and the official release date is March 6th, 2011.

As far as which to choose, both of the games are a supposed generational leap forward for the series.  They both include a never before included number of Pokemon to catch.  Now whether you are content in checking out the Black City and finding the Pokemon Reshiram, or a looking more towards wandering the White Forest and seeking out Zekrom, it’s entirely up to you.  Both games have content exclusive to the titles.