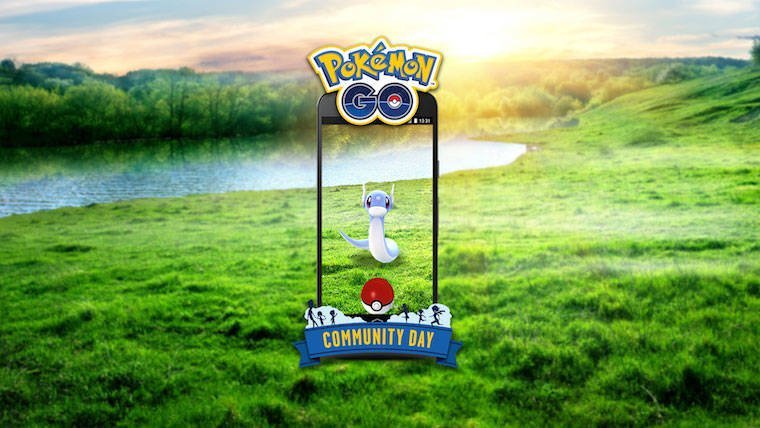 Last month, it was announced that moving forward there will be monthly Community Days for Pokémon GO. January’s Community Day was centered around none other than the franchise mascot itself, Pikachu. This month’s Community Day will focus on a different Pokémon, the Dragon-type Dratini.

In a recent post on the official Pokémon website, it is explained that for three hours on February 24, Dratini will have a much higher spawn rate than normal, making it easier to find it, catch it and stock up on Dratini Candies to evolve it. We’ve known that February’s Community Day will feature Dratini for a little while now, but what was newly revealed more recently is that those who manage to evolve a Dragonair into a Dragonite during these three hours of Community Day will acquire a Dragonite that knows the powerful move Draco Meteor. Catching a Dragonite during this time period or evolving a Dragonair into one is the only way to get a Dragonite to know this move, as it does not know it naturally, nor can it learn it from a TM.

During the Community Day hours, players will also receive three times as much Stardust as normal and Lure Modules will last for three hours. The event will last from 11:00am to 2:00pm PST/2:00pm to 5:00pm EST on February 24.