When is it, what Pokémon are in the Collection Challenge, and more 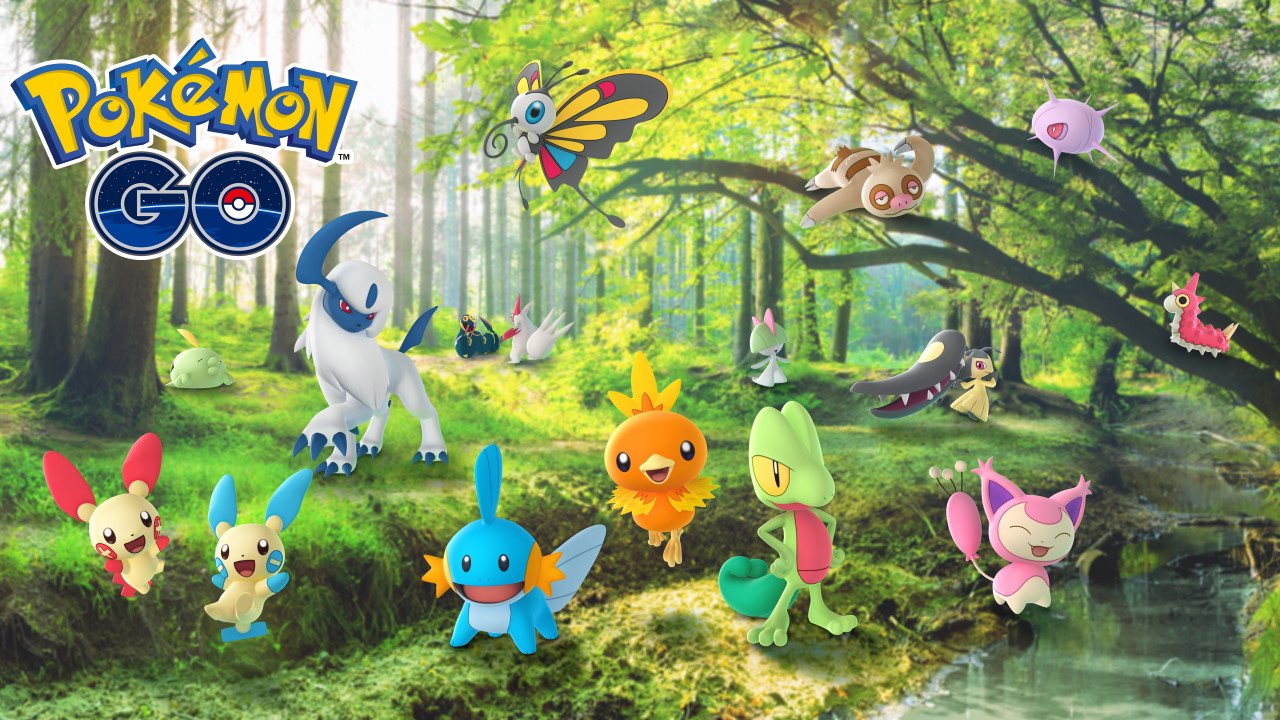 On the way to the big Pokémon GO Tour: Kanto event Niantic has had special five day celebrations for all the other regions in the main series. Unova had it’s turn, and we’re currently enjoying the Sinnoh Celebration event, and next will be Hoenn. We finally have all the details for the Pokémon GO Hoenn Celebration event, including which Pokémon will be featured in the Collection Challenge. Here’s everything you need to know.

When is the Pokémon GO Hoenn Celebration Event

The Pokémon GO Hoenn Celebration event will take place from Tuesday, January 19th at 10am your local time until Sunday, January 24th at 8pm.

What Bonuses Will There Be

During the above hours there will be a lot of changes made to the game. Treecko, Torchic, Mudkip, Taillow, Loudred, Nosepass, Aron, Meditite, Roselia, Carvanha, Numel, Baltoy, and other Pokémon from the Hoenn region will be appearing more often in the wild. Shiny Aron will also be introduced at this time, so try to get one before the event is over.

The raid lineup will be mixed up, with Treecko, Torchic, Mudkip, Ralts, Aron, and Bagon appearing in one star raids, Breloom, Mawile, Grumpig, Spinda, and Absol appearing in three star raids, and Kyogre and Groudon being featured in legendary, five star raids. To help you take on all these new raid bosses a free bundle of 3 Remote Raid Passes will be available from January 19th at 1pm until January 25th at 1pm Pacific Time. The 5km egg poll will be changed to feature Skitty, Aron, Corphish, Lileep, Anorith, Bagon, and Beldum during the event, so grab some extra eggs if you need any of these.

Even more important for many players is the return of a previously available Community Day exclusive move. Evolve Metang during the Hoenn Celebration event and the resulting Metagross will have Meteor Mash as his Charged attack.

There will also be quite a bit of research to take part in, with the following Timed Research active throughout the event.

When you complete it you will be rewarded with a Rayquaza encounter with Hurricane as its Charged Attack as well as 3,000 XP and a Silver Pinap. Field Research tasks gotten from Poké Stops during the event will reward encounters with Treecko, Torchic, Mudkip, Aron, Plusle, Minun, and Wailmer as well.

What Pokémon are in the Hoenn Collection Challenge

Along with all of this is another Collection Challenge. Here’s what you’ll need to catch and the rewards.

So that’s all you need to know about the Pokémon GO Hoenn Celebration event and its Collection Challenge. Next up will be Johto starting on January 26th.