The latest news in the world of video games at Attack of the Fanboy
February 15th, 2018 by Jelani James 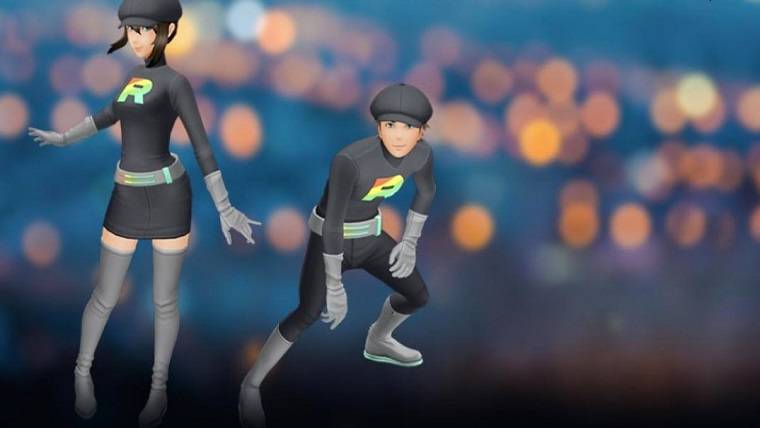 Team Rocket has shown up in Pokémon Go with a brand new scheme for ruling the world: rather stealing everyone’s Pokémon, they’ll steal your money instead by offering up their team clothing as premium cosmetic clothing.

Now, by offering up some of your Pokécoins, players can dress as either the vintage Team Rocket or the new Rainbow Rocket introduced in last year’s Pokémon Ultra Sun and Ultra Moon.

Here are the prices for the Pokemon Go Team Rocket costume:

Of course, there’s the option of paying by using the 50 coins you get per day whenever you’re holding a gym, but that would require you to save up for at least 31 days and that would mean you wouldn’t be able to buy anything else useful such as incubators in the meantime.

Also, no, you can’t make your male avatar cross dress like James does in the anime.

In related news, today marks the final day for Pokémon Go’s Valentine’s Day Event. It  will be followed by a Dratini-focused event that arrives on Feb. 24.