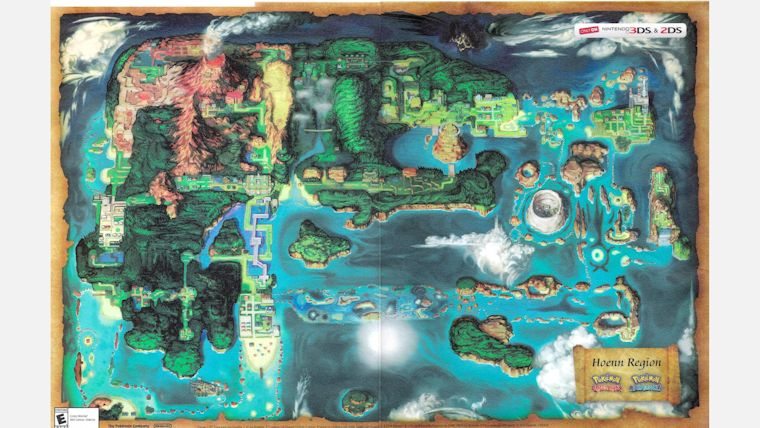 Pokemon Omega Ruby and Alpha Sapphire surprised us all earlier this year with an announcement that came out of nowhere, with a release this November. Coming as remakes of the third generation Ruby and Sapphire, some of the biggest changes coming to the game are the upgrades to the look of the original game itself. One upgrade that can be easily seen is the new overworld map, of which we now have an image.

Thanks to Twitter member choirboyhotel, we now have a poster from PAX Prime of the updated overworld to Pokemon Omega Ruby and Alpha Sapphire. The map looks great, especially compared to the original from the Game Boy Advance, with a lot more detail and depth than the past.

The much more full sized image of the poster scan can be seen right here, if you want to see a much closer look. Pokemon Omega Ruby and Alpha Sapphire will be releasing for the Nintendo 3DS on November 21 in both the US and Japan, so we are getting ever closer to the release. There are still plenty of secrets to be revealed in the game on the Mega Evolutions side more than likely, so stay tuned for more information in the coming months.