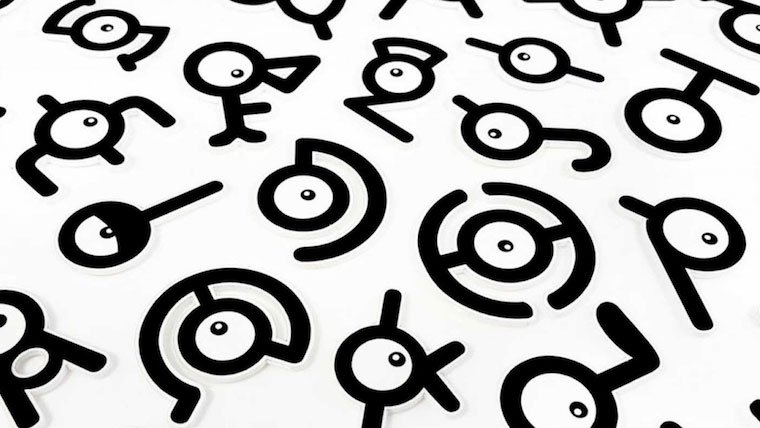 The official Japanese Pokémon YouTube channel recently uploaded a mysterious and cryptic video. The video begins with a logo resembling the Illuminati triangle with Unown letters spelling out “MYSTERY.” The video then cycles through several mysterious events found in various Pokémon games, such as the Celebi event in HeartGold and SoulSilver, the Distortion World in Platinum and the underwater ruins in Black 2 and White 2.

According to Polygon, the video’s title translates to “Pokémon Mystery File: A world of Pokémon you don’t know.” Between mysterious in-game events, the video shows Japanese text, which Polygon translates as such: “Is this a time slip? Is it manipulating time? It came from the moon? Is it a space virus? Is this an encounter with aliens? The battle with the alien invader has begun! Is this the underside of this world? Is this a puzzle of ancient relics? Is this an attack from a parallel universe? Is it possessing humans?”

It would seem that this text coincides with various Pokémon and events that made appearances in the video. Celebi is a legendary, time-traveling Pokémon. Dialga is the legendary Pokémon that controls time. Clefairy came from the moon. Deoxys is a space virus. The Distortion World is the “underside of this world,” being a parallel universe created from anti-matter. The underwater ruins in Black 2 and White 2 are among several other “ancient relics” found across Pokémon games, along with the Ruins of Alph in Gold, Silver and Crystal, and the Sealed Chamber in Ruby, Sapphire and Emerald. The video ends with Unown letters spelling out “NANIKAGA OKORU?” which Polygon translates as “Is something happening?”

The video’s description contains a link that leads to a site with two images going back in forth. One image is of two people looking shocked while looking at a group of alien Pokémon, Elgyem, and a Magnezone, which resembles a UFO. The other image contains all of the Ultra Beasts found in Sun and Moon. The music that plays on the site resembles the Ruins of Alph music from Gold, Silver and Crystal, which also played during parts of the video. The site also shows the logo we discussed earlier along with the words “coming soon” underneath a date: July 19, 2017.