The latest news in the world of video games at Attack of the Fanboy
September 20th, 2016 by Kyle Hanson 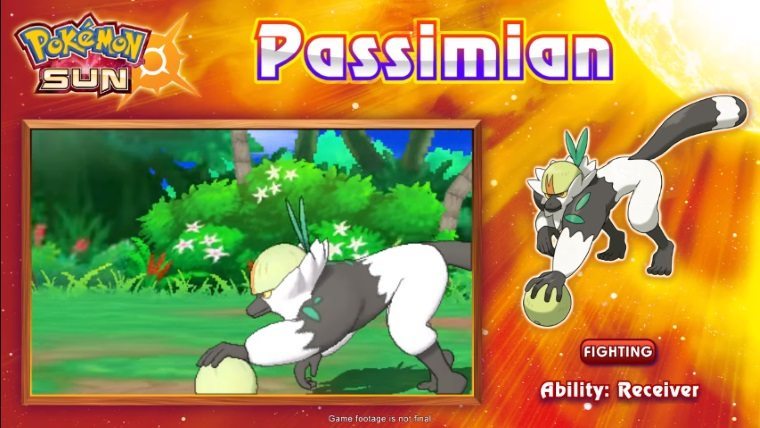 With Pokemon Sun and Moon it seems that there was a heavier emphasis on making the version exclusives match up in some way. In the trailer, which you can check out below, you can see a couple of version exclusives that tie to their counterpart.

Sun’s Passimian and Moon’s Oranguru are both similar in design and inspiration, being based on a monkey and ape respectively. Then there is Rockruff, which will be in both versions of the game, but will evolve differently depending on which you are playing. Following the night and day theme, the Moon version is very werewolf-like in appearance.

The trailer continues to lavish us with new features beyond the version exclusives. These include being able to groom your Pokemon and exclusive Z-Moves for both Pikachu and Eevee, both fan favorite characters. Eevee’s is particularly awesome, utilizing the many Eeveelutions that make up the character.