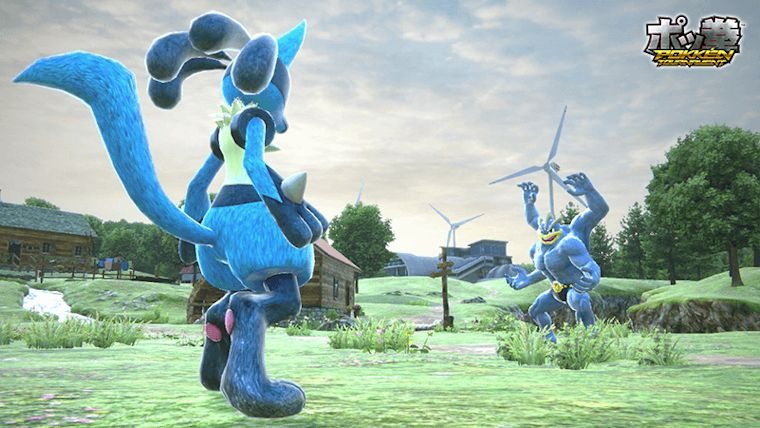 Pokken Tournament is already boasting quite an impressive roster of playable fighters that have been announced for the full console release, but they just keep coming. We got the reveal of three new fighters just the other day through CoroCoro, and now we have yet another that is a lot more surprising.

Pretty recently, we got a tease that a new playable fighter would be announced for Pokken Tournament on January 15. However, just a couple days ago, we learned of the addition of Garchomp, Braixen, and regular Mewtwo to the playable roster. We assumed that the one they were teasing was part of that leak, but it ends up they had another one up their sleeve instead with Chandelure.

Coming from the official Pokken Tournament website, Chandelure has been announced as the next addition to the roster, which is certainly an interesting pick. This Ghost and Fire type Pokemon debuted during the Black & White era of the games, making it one of the more unique dual type Pokemon.

Chandelure joins Gengar as another Ghost representative, which is certainly one of the most unique choices. Pokken Tournament really is offering a very diverse roster, especially considering most expected it to be filled with mostly Fighting type Pokemon when it was first announced.

Pokken Tournament has no set release date in the US yet, but it is coming pretty soon, as it has a release window of Spring 2016.