Pokken Tournament Unveils Yet Another Fighter

The latest news in the world of video games at Attack of the Fanboy
December 10th, 2015 by Dean James 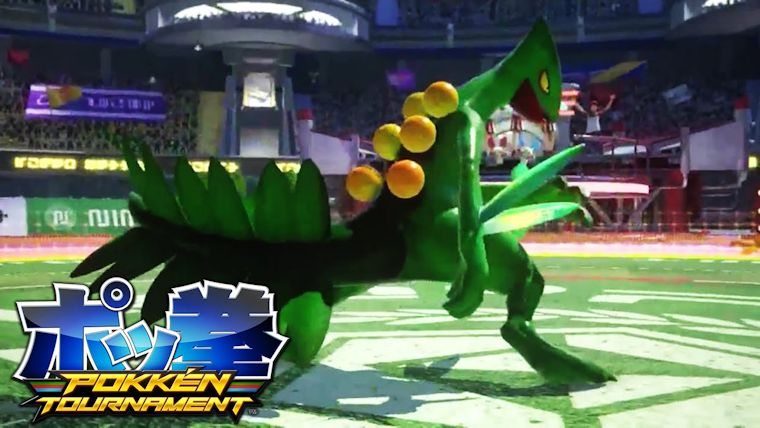 Pokemon may be known for their fighting prowess in their other games, but Pokken Tournament is taking that to another level as a full on Pokemon fighting game. Already released in arcades in Japan and with a Wii U release coming, one new fighter and two new support Pokemon have been revealed.

We got a tease last week of an impending announcement last week, with a hint based on the Japanese name. Now, through an official trailer on the Bandai Namco Entertainment, the new competitors have been revealed.

The new fighter to Pokken Tournament is Sceptile, which was the most speculated one of any since the tease last week. Sceptile is arguably the most popular third form grass starter, so it makes sense to add them in. In addition, it also comes with its Mega Sceptile form in the game to use as well.

On top of Sceptile, two support Pokemon were announced as well by being shown off in this trailer with Farfetch’d and Electrode, who both look like they will have some interesting usage in battle.

While these will be included in the Wii U version without a doubt when it releases in the Spring, Serebii says that this update for the Arcade version will go live next week on December 16.