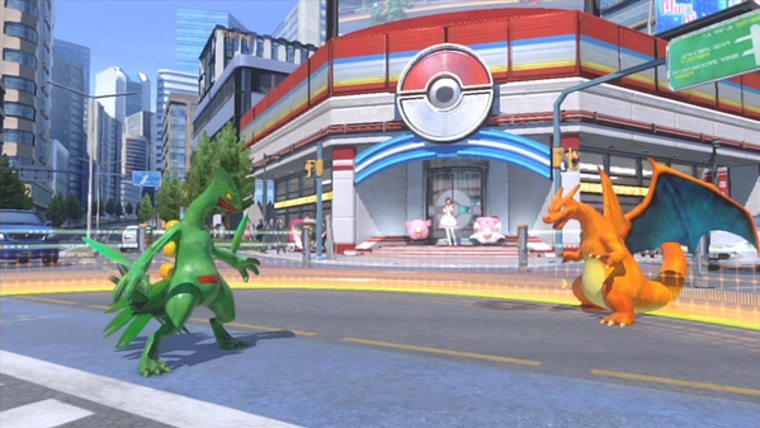 Nintendo and The Pokemon Company are continuing their huge info dump of all things Pokemon, announcing the final release date for Pokken Tournament in the US and Europe. The game will hit exclusively for Wii U on March 18th, 2016. This puts it pretty early in the Spring 2016 release window that we had previously, and makes it less than a year since it first hit Japanese arcades.

Pokken Tournament is a sort of mash up of the Pokemon universe, with a Tekken style 3D fighting game. A huge roster of fighters will be available at launch, with more being revealed all the time heading up to the final release date for Wii U.

This release date news comes only a few hours after they revealed a new fighter for the game, adding the spooky Chandelure to the mix. He joins other series favorites like Pikachu, Charizard, Lucario, Mewtwo, Garchomp, and many more.

Pokken Tournament is just one of the big things coming this year for Pokemon. 2016 marks the 20th anniversary of the release of the original games, Pokemon Red, Pokemon Blue, and Pokemon Green (depending on which region you are from). There will also be special event Pokemon giveaways, along with many other special celebrations, so keep checking for more Pokemon news in the coming months.