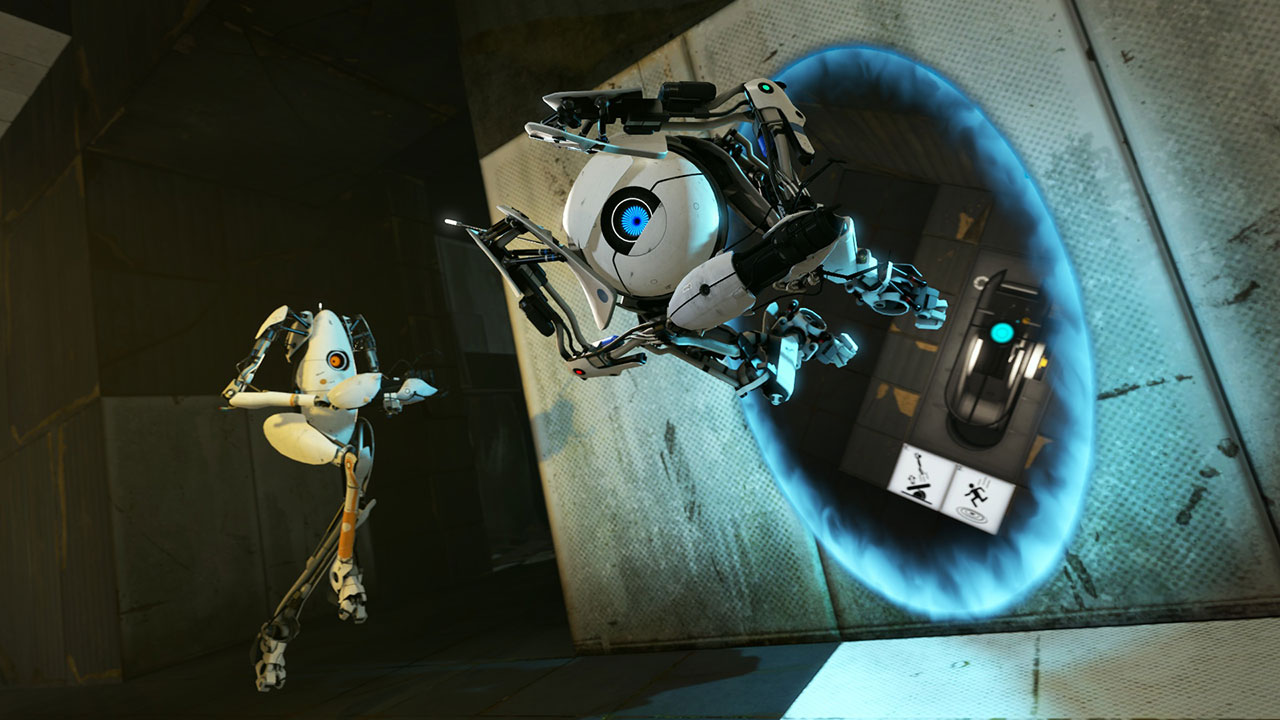 A collection of Portal titles will arrive on the Nintendo Switch in 2022, dubbed the Portal Companion Collection.  The two classic titles from Valve Software:  Portal & Portal 2 will arrive at some point in 2022, though an official release date has not been revealed.  From the information relayed from Valve, the game has a target price of $19.99 and it will be distributed on the Nintendo eShop.

While the original Portal debuted as part of The Orange Box which was really more of a side show than a main course, the dark humor and dastardly puzzles quickly made Portal a fan-favorite title of the collection.  So much so that it prompted Valve to follow-up with a bigger take on the Portal universe in Portal 2 which gave players an even deeper look at the depths of the fictional Aperture Science and power-hungry GLaDOS A.I.

The two titles have received countless awards over the years, and have released on numerous platforms, though the Companion Collection release would be the first time that the franchise would debut on a Nintendo platform.  Valve has revealed that the game was developed for the Nintendo Switch in collaboration with NVIDIA Lightspeed Studios.

At this point, the only thing you can really expect from the Portal Companion Collection is that it will arrive later this year and it will cost approximately $20.  We’ll have to wait for further details on the exact timing of the release, but Portal sounds like a good fit for the Nintendo handheld.

Attack of the Fanboy / GAME NEWS / Portal: Companion Collection Heading to Switch in 2022