Prison Architect Hitting PS4, Xbox 360, and Xbox One This Spring 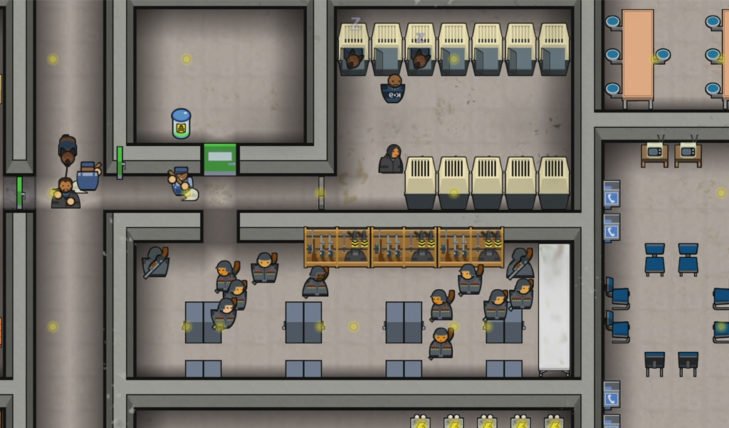 UPDATE: Introversion Software has shared more details about the console port, which is apparently coming to Xbox 360 and Xbox One as well as PS4. The game will cost $29.99 and will actually have a fair amount of exclusive content, such as the Prison Warden Mode, giving players pre-built prisons to manage. More details can be found here.

Prison Architect has been a staple of the indie gaming scene on PC ever since it hit early access a few years ago. The game finally made it to its 1.0 release form in October 2015, and the team at Introversion Software is looking to expand the game even more, announcing that it will hit PS4 later this year.

“We’ve made a few games in our time,” said Mark Morris, Managing Director for Introversion Software. “However I’m delighted to say that our biggest accomplishment to date, Prison Architect, is coming to PS4 through a collaboration with the good people at Double Eleven!

“Prison Architect allows you to act as both architect and governor. You control every detail of your Prison — from building new cells and facilities to hiring staff and creating reform programs… all while dealing with informants, contraband smuggling, gang warfare, full scale riots, and a lot more!”

Morris went into the inspiration for the game, which came about after one of the developers visited a prison. “The idea came from a holiday in Alcatraz; my pal Chris Delay went on a tour of the infamous prison and when looking at the mechanisms and intricate systems in place, he was inspired and so Prison Architect was born. Public opinion is divided as to whether prisons are too harsh or not harsh enough, so we wanted to create a game where you could touch on that and explore it for yourself. The idea was to create a game where players had a chance to experience a simulated prison management system and leave every decision — big and small — to the player.”

No specific release date was given for Prison Architect on PS4, though the window of Spring 2016 was shared. We’ll have to wait and see when the game is ready to hit later this year.