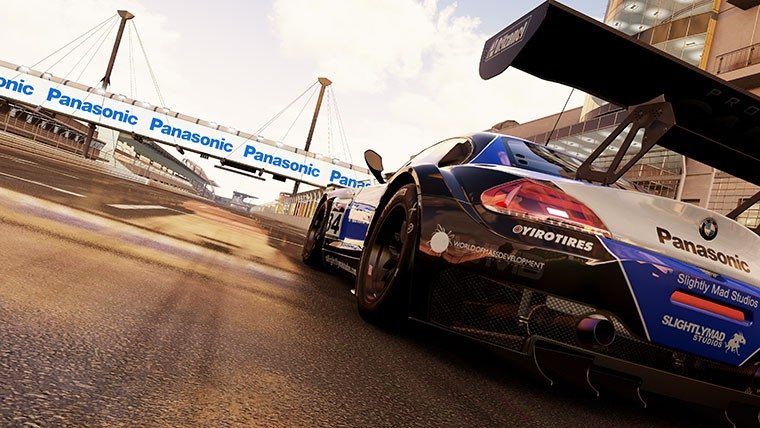 The announcement for the update patch was made on the game’s official forum. The notes are pretty big so be prepared to do a lot of reading.

Online
• NEW – host kick function. The host of an online game can now select to immediately kick a player from the server. Kicked players will be auto-kicked if they attempt to rejoin the same multiplayer session.
• NEW – mandatory pit stop option. The Lobby admin can opt to force a single pitstop during any race.
• NEW – option to set race length by time (also available in Quick Race)
• NEW – ‘Allow Ghosted Vehicles’ option added so that the lobby admin can decide if he wants vehicles ghosted or not when they drive the wrong way.
• NEW – dynamic race-end timer feature. In public races, the timer is 50% of the slowest moving car’s lap time. In private races, the timer is 75% of slowest moving car’s lap time.
• Fixed an exploit where a player could be awarded a win by jumping the start.
• Fixed an issue where, if the host is forcing realistic driving assists, the player wasn’t able to toggle the allowed assists on or off while in-race.
• Fixed an issue where, if Forced Default Setup is used, the pit crew would not change tyres until they’re completely worn. The tyres will now be changed when at least one tyre is worn down by 25% or more.
• Improved VOIP quality for the in-game chat system.

Career
• Fixed a bug where drivers in a simulated series can all end up with ‘INVALID NAME!’.
• Fixed a bug where AI opponents would attempt to use DLC cars that are not installed.
• The player will no longer be offered a contract renewal for a DLC contract, if they’ve since uninstalled that DLC.
• DLC Career contract emails earned while a DLC was installed, are no longer shown if DLC is then uninstalled.
• If the player’s current contract is a DLC contract and the player uninstalls this DLC, the career season using this DLC contract will finish for the player when entering Dashboard and they will have to pick from valid contract offers to continue (or reinstall the uninstalled DLC).
• Fixed an issue where the Modified Cars Pack and Limited Edition DLC Invitationals and Accolades were visible for players who do not own these DLC packs. Entering these invitational events would cause the player and AI to be in non-matching vehicles.
• Fixed an issue where at times the pit crew wouldn’t change the tyre set to the one selected in pit-strategy.

General
• Fixed an issue during pit stops where the pit crew mistakes ratio was too high.
• Driver name tags above cars can now be turned on for replays.
• Entering the pits during a Time Trial will now invalidate that lap’s time.
• Improved Helmet view exposure for historic drivers.
• General game stability improvements.