This month has good value for PSVR owners 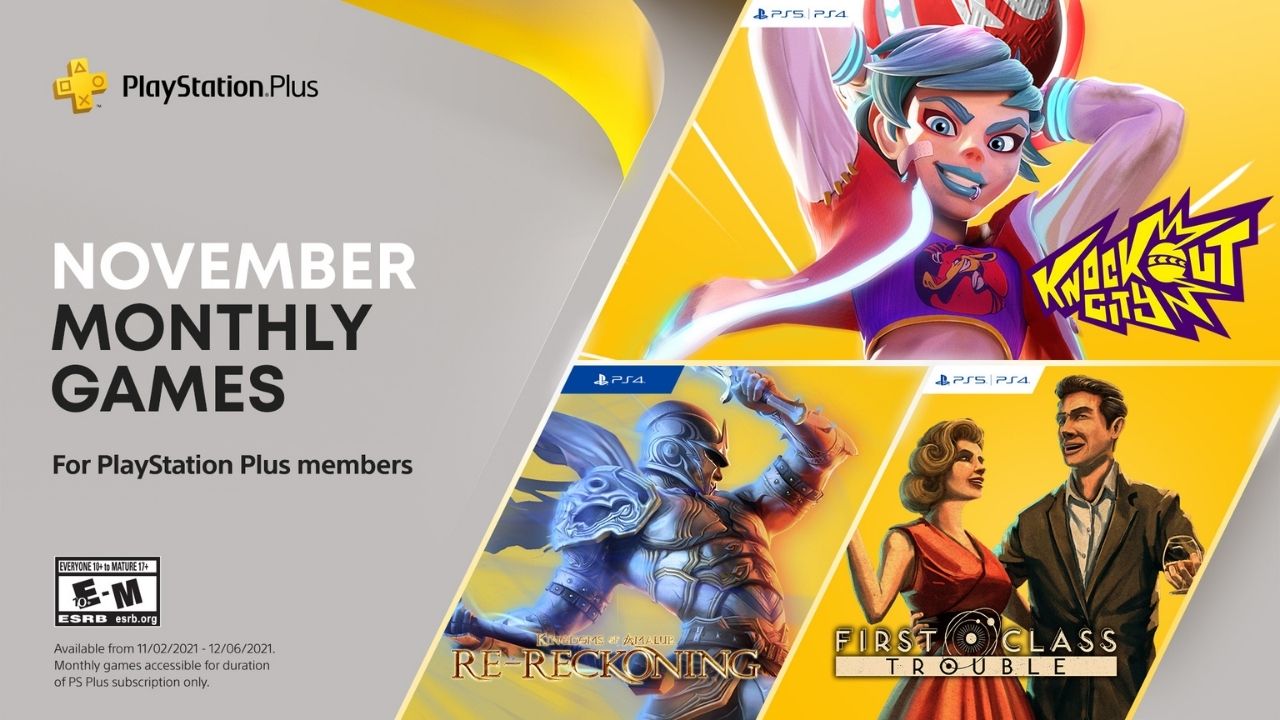 The official lineup for line up for November’s free PS Plus games have been revealed and it’s a big one. Playstation Plus subscribers can look forward to getting their hands on six games in November, twice the amount that is usually available, thanks to a trio of Playstation of VR games. It’s safe to say there’s a good variety of games here that are sure to have subscribers downloading at least one of the six.

Six games will be coming to PS Plus subscribers in November

The full list of PS Plus games was officially announced just days after a leak online seemed to reveal a few of the games that would be arriving. From Velan Studios and Electronic Arts, Knockout City will be available for Playstation 4 and Playstation 5. This vibrant and high-octane dodgeball game launched in May and has a strong emphasis on cooperative-team based play, so maybe bring a friend. With strong dodgeball mechanics, dynamic maps, and a ton of customisation, there is a lot of fun to be had here.

First Class Trouble was confirmed for Playstation 4 and Playstation 5 during Sony’s latest State of Play. It is an online multiplayer game in which players will assume the role of either Residents or Personoids aboard a luxury space cruiser. Residents will need to work together to shut down a rogue artificial intelligence while Personoids will conspire to stop them.

Kingdoms of Amalur: Re-Reckoning is a remaster of the action-role playing game from 2012 and will be available for Playstation 4 and Playstation 5. With updated visuals and refined gameplay, Re-Reckoning looks to deliver intense, customisable RPG combat inside a vast game world. The original game was met with critical acclaim and the remaster was met with generally positive reviews too. With the upcoming Fatesworn DLC set to release later this year, there’s no better time for players to sink their teeth into this expansive open-world game.

Finally, we have the three VR titles which include The Persistence, Until You Fall, and the highly-rated The Walking Dead: Saints and Sinners. Unlike the main lineup of PS Plus games which are available to download until December 6th, the VR games will be available until January 3rd. All six of these PS Plus games will be available to download from Tuesday – November 2nd. Playstation Plus Subscribers can still download October’s games – Mortal Kombat X and PGA Tour 2K21 for Playstation 4, and the World War II multiplayer shooter Hell Let Loose for Playstation 5.