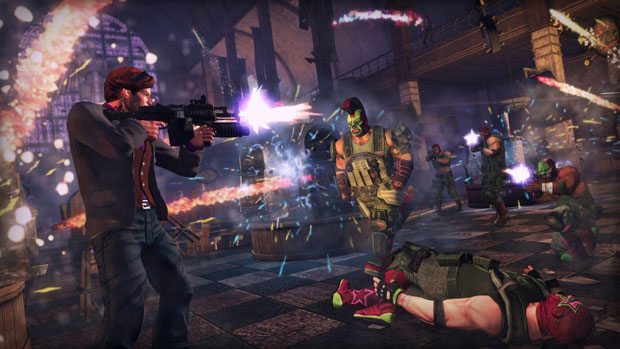 If you can remember all the way back to E3 2010, you’ll remember that THQ had promised PS3 owners a little something extra when they purchased Saints Row: The Third.  The exclusive mode, which was never detailed in full, was apparently scrapped by THQ and Volition.  Unfortunately, they never told anyone that it wouldn’t be included in the PS3 version of the game.

As Joystiq points out, “After booting up each and looking around thouroughly, we can assure you that there’s no content difference between the two versions (Xbox 360, PS3).  THQ has yet to comment on the lack of the exclusive mode, and what happened between 2010 and now.

Did you pick up Saints Row: The Third on PS3?  If so, were you expecting something that wasn’t there?  Let us know in the comments section below.