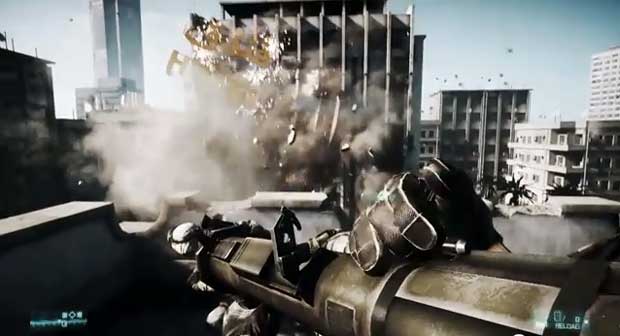 When Battlefield 3 releases this Fall, PC players might be getting a better game as alluded to by DICE.  For starters the PC is lead platform for the game, and with impressive list of features that have been confirmed for PC version of the game, console gamers have been left scratching their heads.

DICE has confirmed that Battlefield 3 will feature 64-player online matches on fully realized maps, while console version of the game on Xbox 360 and PS3 will be getting 24- player matches and smaller maps, and here’s why.

There have been plenty of games to go over the 24 player maximum that DICE has announced for Battlefield 3.  Most recently, MAG offered a staggering 256 players but that’s kind of comparing apples to oranges when you consider that MAG was a bare bones shooter that didn’t push the envelope when it came to graphical fidelity.