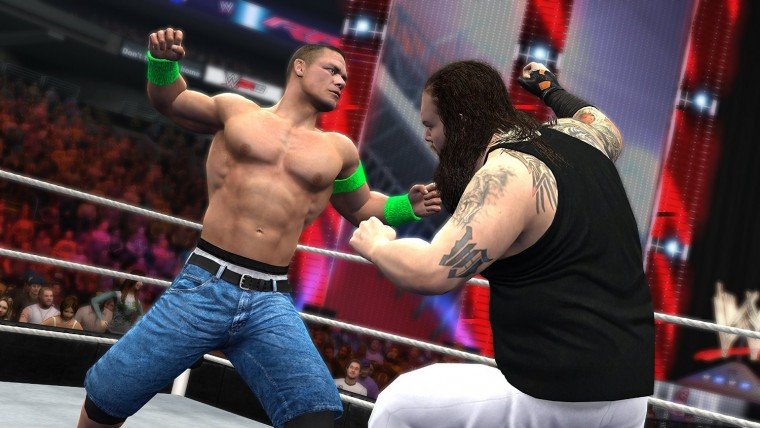 The PS3 and Xbox 360 versions of WWE 2K15 are coming out in 12 days or so. This is a reminder to tell people these versions are missing some features from the fancier PS4 and Xbox One versions.

The following information might be old news for some people, however there may be a few others out there that haven’t been updated. All you really need to know is that the PS3 and Xbox 360 versions of WWE 2K15 are missing out on a few big features. 2K actually wrote about this a while ago on the official website.

The first thing you need to know is that the huge MyCAREER mode is exclusive only to the PS4 and Xbox One versions of WWE 2K15. This is the mode similar in NBA 2K15 where you take a Jabroni and then turn them into a big WWE Superstar. Sadly older console owners will be missing out on this feature entirely.

Secondly, the “proprietary facial and body scanning technology” that will make the wrestlers look super realistic is only for the PS4 and Xbox One versions of WWE 2K15 as well. This is obvious as seen in the PS3/Xbox 360 screenshots we posted last month. The older consoles are not powerful enough to have better graphics.

Thirdly, many of the gameplay enhancements are only for the PS4/Xbox versions of WWE 2K15 too. The things highlighted here are mostly the animation improvements using the latest motion capture technology. Also the overall look and feel of an actual wrestling match can only be possible on next-gen consoles. From the sounds of things, the older consoles might play the same as before…

If this sounds like “bad news” for you, you may want to hold off and purchase the PS4 or Xbox One version of WWE 2K15 instead. They might not be coming out until November 18th, but they include more features. If you only have a PS3 or Xbox 360, you can get the game from October 28th but you will be missing out on the features stated above.