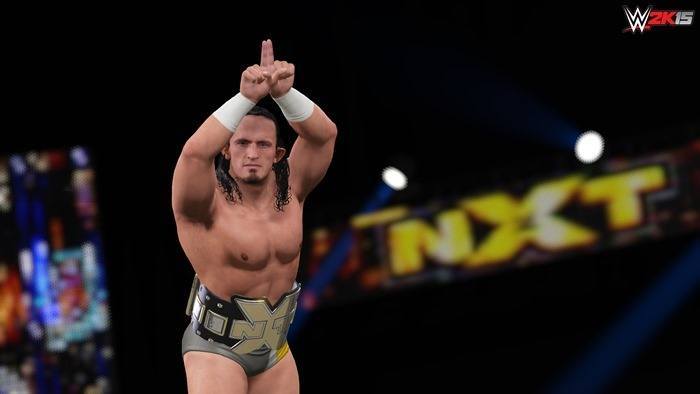 The PS3 and Xbox 360 versions of WWE 2K15 may be missing out on the MyCAREER mode, although they’re getting a special NXT-themed mode of their own.

The new mode is called “Who Got NXT” and is exclusive to the PS3 and Xbox 360 versions of WWE 2K15. This has been done as a trade-off since those versions will be missing some features and modes that will feature in the PS4/Xbox One versions. 2K did something similar to NBA 2K15 as well.

A YouTube user managed to grab a screenshot from a magazine that explains more about this special NXT mode in WWE 2K15.

“NXT Showcase: In Who Got NXT, for the Xbox 360 and PlayStation 3, players can experience the evolution and growth of a WWE hopeful as they ascend through the ranks of NXT on their way to becoming a full-fledged member of the active WWE roster. Who Got NXT includes an assortment of handpicked talent from NXT programming and each Superstar features different matches inspired by their historical moments and rivalries.

Players can complete each NXT Superstar’s match set in order to graduate them for use in other playable modes such as Exhibition, WWE Universe and various customization features. For those players who prove themselves worthy by completing the mode with every NXT star, an even greater challenge awaits!”

Update: Some new details have just emerged. The mode centers around NXT stars Sami Zayn, Adrian Neville, Rusev, Corey Graves and Bo Dallas. All have their own chapters that will consist of four matches each. Each wrestler will be unlocked for you to use them in the main game if you complete them.

When you have played through all of the matches successfully, you will unlock Proving Ground mode. This mode is where you have to try and defeat John Cena. This might be difficult as we always know he “kicks out at 2” all the time…