PS4 Glacier White Out Now in The US Exclusively Through Walmart

The latest news in the world of video games at Attack of the Fanboy
February 7th, 2017 by Jose Belmonte 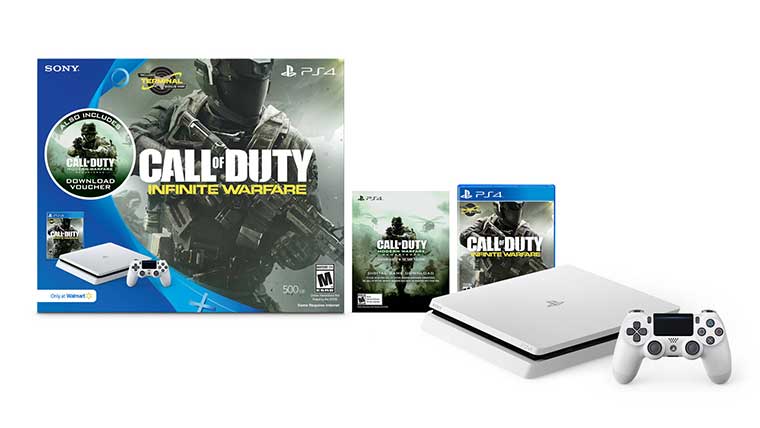 Sony has released the new Glacier White model of PlayStation 4 in the United States, but contrary to the launch planned in Europe and Asia, the new version will only be available through Walmart, and it comes bundled with Call of Duty: Infinite Warfare for $299.

This Glacier White model consists on a white PlayStation 4 Slim with a 500Gb HDD, paired with a white Dual Shock 4 controller. There have been no announcements concerning a PS4 Pro version, although fans have asked for it through comments and social media.

While the console itself is identical to the European and Asian release, there are some interesting differences that may be related to the conditions of each market. For example, the US bundle includes a high profile game for $299, while most European retailers have that same price in Euros only for the console. On the other hand, the international release is not limited to only one retailer.

Infinite Warfare is the futuristic new iteration of the multi-million franchise from Activision and Infinity Ward, and it comes with Call of Duty: Modern Warfare Remastered in the same disc. The last update for Infinite Warfare included new missions within the Mission Team system and a Leaderboard for the game. Combat records and an emblem editor will be coming in February’s update.

Sony recently announced that PlayStation 4 had smashed the distribution record for their consoles in a fiscal year quarter, needless to say all variations of the console are doing well for the company.

You can currently purchase the console on Walmart.com.