The latest news in the world of video games at Attack of the Fanboy
February 4th, 2017 by Jose Belmonte 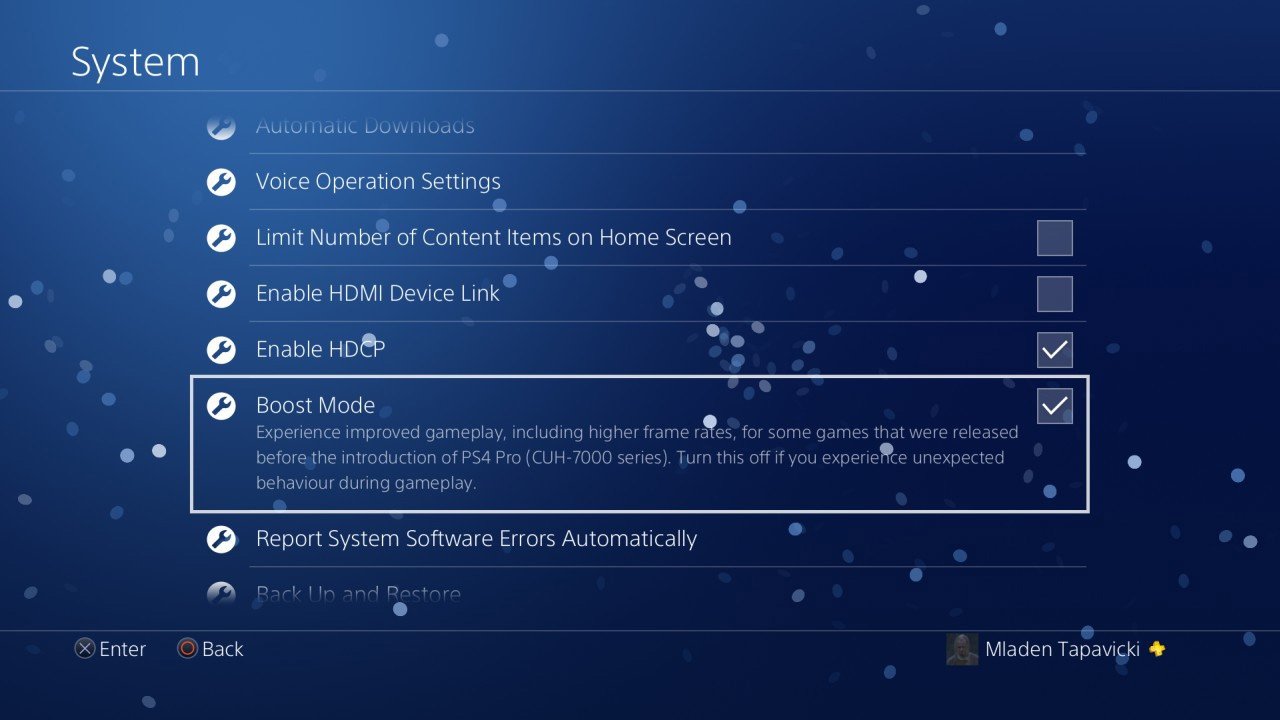 While the official description for PlayStation 4’s new 4.5 update focused on new UI features and external HDD support, users that signed up for the beta have discovered a new ‘Boost Mode’ available for PlayStation 4 Pro units, which allows the console to use its higher specs to provide an additional graphic improvement even in titles that haven’t been patched to take advantage of the hardware.

The new feature came as a complete surprise to PS4 Pro owners that were testing the new firmware. When they entered the Settings section, they discovered the option to activate this mode, which had this description: “Experience improved gameplay, including higher frame rates, for some  games that where released before the indtroduction of PS4 Pro (CUH-7000 series). Turn this off if you experience unexpected behaviour during gameplay.”

Basically, Boost Mode helps PlayStation 4 titles that haven’t been designed to take advantage of PS4 Pro’s extra power to run smoother than they were originaly intended. We are not talking of a critical improvement such as going from running at 30FPS to 60FPS, but if a game previously aimed to run at one of those two framerates but couldn’t quite reach it at all times, now they will feel much more stable.

A spokerperson of Sony has declared to The Verge: “[Boost Mode] lets PS4 Pro run at a higher GPU and CPU clock speed in order to improve gameplay on some PS4 games that were released before the launch of PS4 Pro. Games that have a variable frame rate may benefit from a higher frame rate, and load times may be shorter in some games too.”

This is some very welcome news by PlayStation 4 Pro owners and people who were waiting to see more clear examples of the advantages of this extra-powered PS4 before purchasing one. Since the Boost Mode has been discovered, users of the 4.5 firmware beta have been able to experience the graphic improvements on some titles like The Witcher 3 and Rainbow Six Siege. Those games present more stable framerate, and improvements on screen tearing, dynamic resolution and load times.

There is even a video comparison that showcases the graphic boost on Bloodborne, one of the titles that fans have begged the most to receive PS4 Pro support. While it’s still not the desired 60FPS mode, its nice to enjoy a smoother experience while we wait for a proper patch.