PSA: Check Your Postmaster in Destiny for Additional Packages 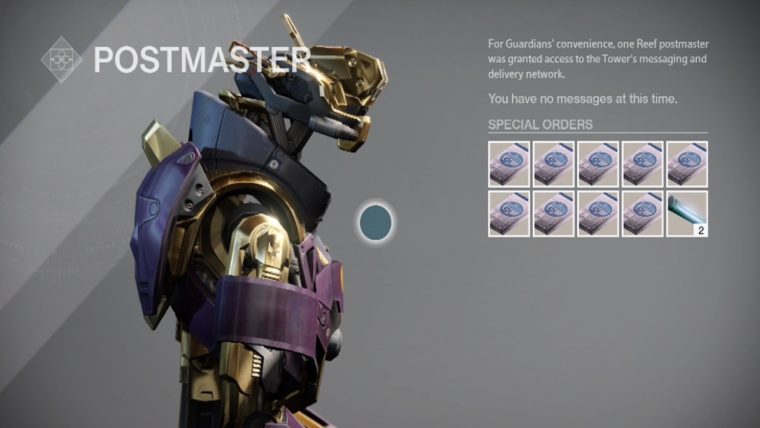 Yesterday we reported that Bungie was giving users a free etheric light to encourage them to fight Skolas, but according to a number of reports, it seems that isn’t all they’re giving.

So far the most commonly reported items are legendary Vanguard weapons and strange coins. I can personally confirm receiving the aforementioned items, plus the promised etheric light, 500 glimmer and another focused light.

Reddit user ExDeuce seems to believe Bungie “accidentally re-sent all of the special orders packages you have previously received,” which is one possible explanation. Odds are Bungie accidentally sent specific packages, as there are no reports of anyone receiving additional Jackolyte, or they were feeling generous.

Whatever the case might be, you might want to check your postmaster to see if they have anything waiting for you.