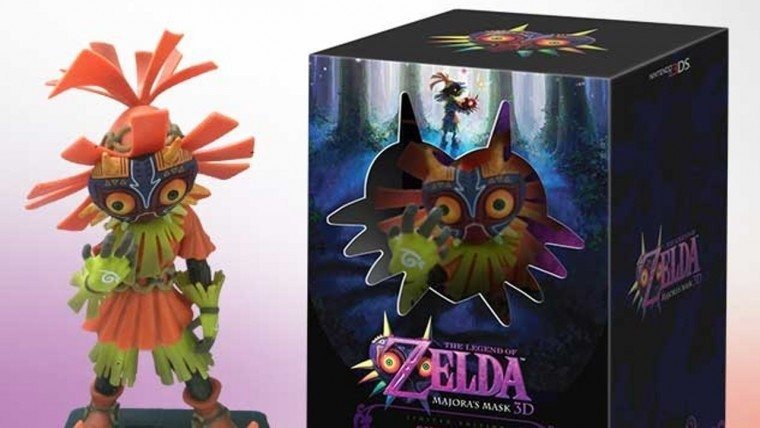 The Legend of Zelda: Majora’s Mask 3D launched back in mid February and ended up surprising nearly everyone with a first place finish in the February NPDs. Prior to release though, the major talk about the game was the special edition Majora’s Mask New Nintendo 3DS XL handheld and the Majora’s Mask 3D Limited Edition bundle, both of which were nearly impossible to find. Following up on the recent small releases of the system, it appears you may have yet another chance at the limited edition version of the game as well.

According to a few different posters on Reddit, Best Buy is occasionally starting to receive shipments of the Majora’s Mask 3D Limited Edition game bundle in-store. One person mentioned that they lucked out when looking for the regular game and an associate mentioning that they had the other. An employee said this is something that is happening occasionally now, with trucks usually having only one at a time.

This is definitely not going to be as widespread as the Majora’s Mask New 3DS XL was at GameStop last week, but more like the shipments of Little Mac amiibo that Best Buy got last month in some areas. If you are interested, it would be a good idea to call ahead or ask an associate in store, as there is a good chance the bundle is not on the floor if they do happen to have any.

Good luck finding this highly sought after item and let us know if you get lucky and score one in the comments below.