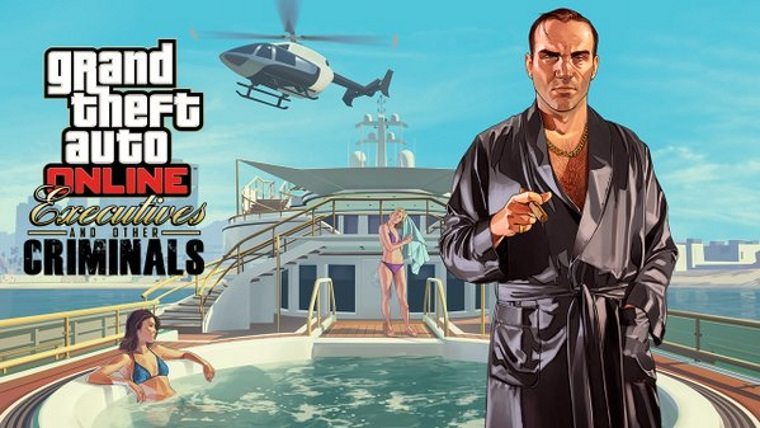 Grand Theft Auto 5 and GTA Online respectively have been out for quite awhile, but Rockstar is continuing to bring us even more content for the online portion of the game. It’s been a little while since the last update, but now they are bringing us yet another one starting today.

According to the Rockstar Newswire, GTA Online will be getting the Executive and Other Criminals update at some point today on PlayStation 4, Xbox One, and PC. The big attraction here being advertised is the ability to become what is known as a “VIP” and then starting your own “criminal organization.”

As we told you last week, VIPs who are running their organization will have the ability to hire and fire other player as their bodyguards in Freemode, with also gaining access to additional content like new co-op jobs, challenges and even special abilities. Those who are merely bodyguards still have perks of their own, including earning RP, GTA$, and also stat boosts.

Upon starting or joining an organization, you can face off against other organization as well, complete with new missions, as well as adaptable Freemode events that work in this competitive mode.

There are also new customizable apartments to have in the game, as well as an upgradeable Super Yacht that you can even staff, which is bound to be a goal of many in the game.

For a little preview of this update, make sure to check out the reveal trailer for the update for GTA Online below.