PSA: Mewtwo Is Now Available For Everyone In Super Smash Bros.

The latest news in the world of video games at Attack of the Fanboy
April 28th, 2015 by Dean James 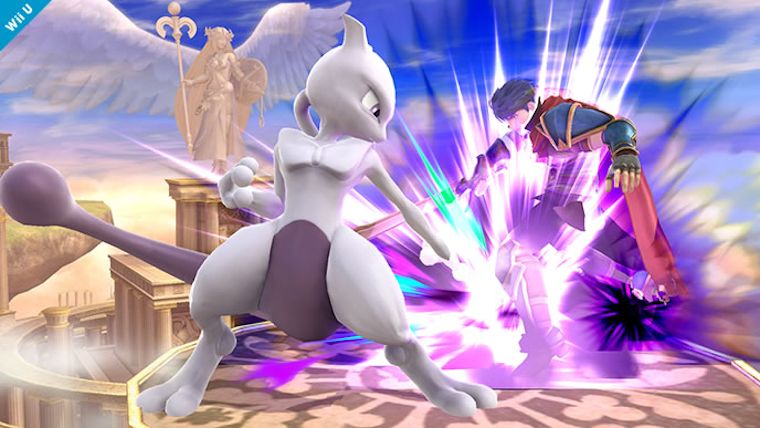 Many fans were disappointed when Super Smash Bros. launched without one of the most popular Pokemon ever in Mewtwo, but Sakurai and Nintendo quickly revealed that he would be returning after missing out on Brawl through DLC. After much waiting, Mewtwo is now available for purchase for everyone on Super Smash Bros. for Wii U and 3DS.

Those who registered both the Wii U and 3DS versions of Super Smash Bros. through Club Nintendo after launch received a code for Mewtwo a couple weeks ago, giving them free access to the first DLC fighter in the series. At that time, the character was not available for purchase and was limited to those that got a code through Club Nintendo.

As of today however, Mewtwo is able to be purchased on either version of the game for a fee of course. The cost of getting Mewtwo though is an absolute steal at only $3.99 for one version of the game or only $4.99 for a code for both versions. You can still fight against Mewtwo online after the recent patch, but he is definitely worth the price of admission. Even more improved on his appearance in Melee, Mewtwo is a ton of fun to use in battle.

Now with Mewtwo officially out for everyone, the wait begins for the second round of DLC, Lucas, which is scheduled for a release sometime in June.