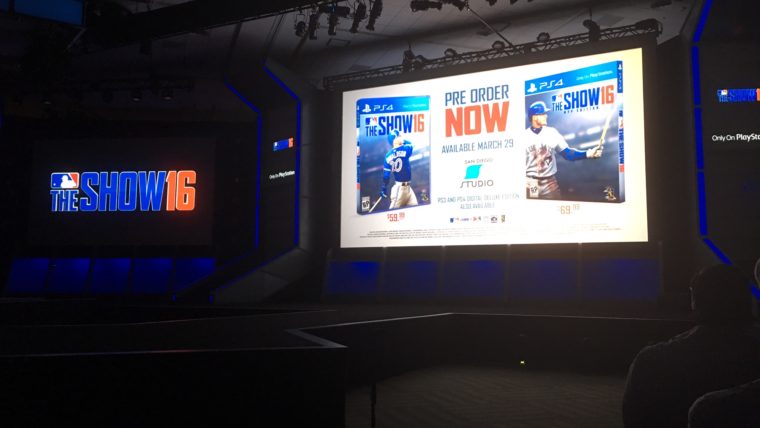 Ever since its debut on the PS2, the MLB: The Show series has been one of PlayStation’s best by far. With no doubt that another is coming in 2016, we now have a release date for MLB The Show 16.

Coming during the middle of PSX this afternoon, it was revealed that MLB The Show 16 will be releasing on March 29.

This is a perfect day for release of MLB The Show 16 as it is coming just around the opening of the actual MLB season, as it typically does.

While the series has seen multi Sony platform releases over the last few years, it appears the game is no longer coming to PS Vita, which certainly appears to be for the best based on last year’s game. The game is still coming to PS3 though, but it is not known if this is getting a physical release, as only the PS4 version had its cover shown, while a PS3 digital version was mentioned.

Stay tuned for any other details on MLB The Show 16 that pop up during PSX and hopefully we’ll learn of some new features to the series this year.