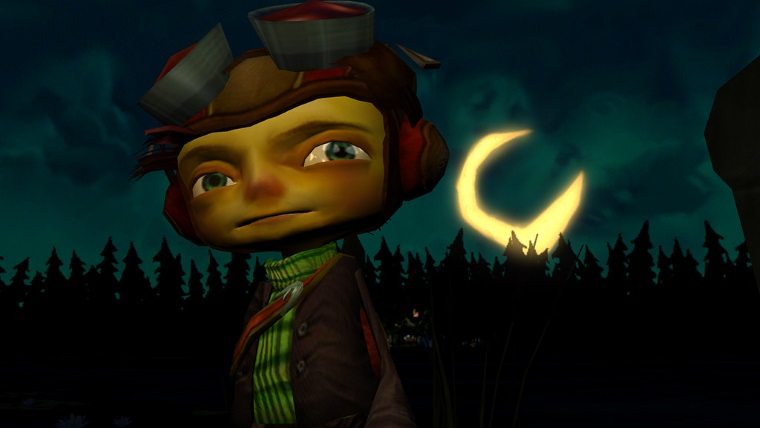 Double Fine Productions and Sony have announced that the classic platformer Psychonauts will be heading to the PS4 this Spring. The game first appeared on the PS2, alongside versions for Xbox and PC.

While it met with high critical praise, the game’s sales were a bit lower than expected. However, thanks to a cult following, the game has now achieved a new level of success, with Psychonauts 2 recently reaching its $3.3 million crowd funding goal, securing a new sequel. The team also confirmed that that sequel would head to PS4 in the coming years.

Now, the original classic is heading to the PS4 for new fans and old to try it out. “Psychonauts follows the story of a young psychic named Razputin in his quest to join an elite group of international psychic secret agents, the Psychonauts! He runs away from the circus and breaks into their secret training facility, Whispering Rock Psychic Summer Camp.

“As he begins his training by psychically delving inside the consciousnesses of his tutors and those around him, he realizes all is not as it seems, and soon embarks upon a psychic odyssey through a variety of levels set inside the minds of misfits, monsters, and madmen!”

One problem with the announcement as it currently stands is that it isn’t made clear if this is a remastering of the original, or just a straight port of the PS2 version. Based on the images, the game definitely looks upgraded, but only by a little bit from what little can be seen. Keep checking back as we will update this post if Double Fine clarifies what sort of release this will be.