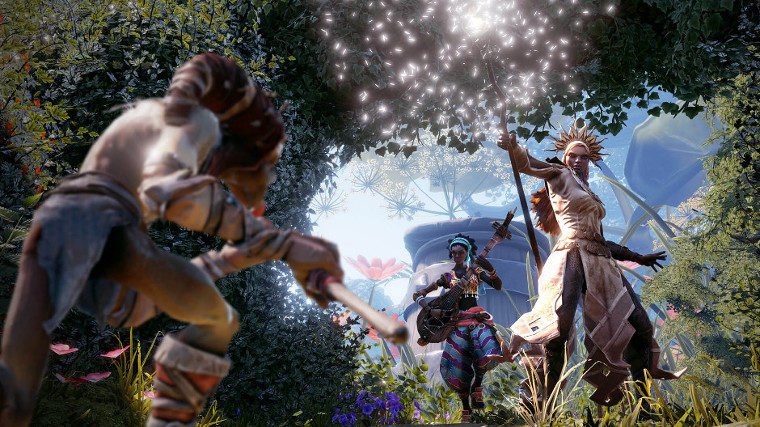 Now that Lionhead Studios has been closed, details on what happened behind the scenes with Fable Legends and Fable 4 have emerged. Fans of the franchise will likely not be happy with the direction Microsoft reportedly forced the studio to go in after cancelling an R-rated role-playing title in the series.

Former Lionhead art director John McCormack revealed the behind-the-scenes struggles with Microsoft that completely changed the direction of the Fable franchise in a Eurogamer feature on the studio. The success of free-to-play games such as League of Legends led to the Xbox One maker pushing for “games as a service,” which is directly contradictory to the traditional single-player model of Fable.

“We were also under pressure to be enormously profitable. To be clear, Fable 1, 2 and 3 were highly profitable, despite the somewhat protracted developments of Fable 1 and 2, but not being as profitable as one or two of Microsoft’s other properties created a certain amount of tension,” McCormack said.

Fable 4 was to be an R-rated adventure set in the late Victorian era with “far out Jules Verne s**t,” according to McCormack. The pitch was to move to Unreal Engine 4 and feature industrial age technology such as tram cars and flying machines that make it sound like the game was moving in a steam punk direction.

Bowertone would be transformed in to a “weird f***ed up London environment” with Jack the Ripper running the streets as a Balverine in disguise. It would also put Lionhead twists on other British mythological characters such as Dr. Jekyll and Mr. Hyde.

“And that was going to be Fable 4, and it would be darker and grittier. And because it was R-rated it would have the prostitutes and the humour. I was like, man, this is going to be f***ing brilliant, and everybody was really into it.”

The pitch was rejected by Microsoft and Lionhead Studios was directed to convert the Fable franchise into a games as a service title. It’s a decision that led to McCormack’s departure from Lionhead and ultimately the studio’s closure.

“I said, look, just give us four years, proper finance, give us the chance Mass Effect has, Skyrim has, the games at the time. They’re getting four years and a lot of budget. Give us that, and we’ll give you something that’ll get you your players. Nah, you’ve had three shots and you’ve only tripled the money. It’s not good enough. F*** off. That’s what I was annoyed about.”

Fable Legends was meant to be a showcase game for new Microsoft initiatives such as Windows 10, Direct X12, cross-platform play, and more. This also made the game more expensive. $75 million was reportedly spent on the game prior to cancellation, an enormous amount more closely associated with an AAA retail release than a free-to-play game.

The future of Fable is anyone’s guess. Microsoft held on to the IP and closed Lionhead Studios rather than selling it and the developer as a package deal. The move is understandable as IP is the most valuable thing for a publisher to own. It will be years before we see anything new from the franchise, though.