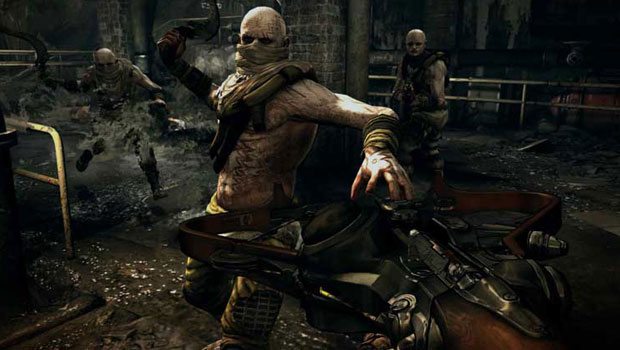 Id Software’s upcoming first person shooter is going to offer quite the lengthy campaign according to a recent interview.  Matt Hooper spoke about the main story line of RAGE, divulging many details about what to expect from the post-apocalyptic FPS.

Hooper confirmed that the campaign will last nearly 15 hours with a wealth of variety included in that time.

“Our goal is to create a lengthy campaign, probably about 15 hours,” Hooper stated. “But for a shooter, that time count is significant because most shooters are eight hours or less. If you do the game’s side quests, that adds up to 20 to 25 hours. We put a lot of focus for this significant amount of game alongside the co-op and vehicles.  Online components like Combat Rally and Legends of the Wasteland would be a good match for the Rage world. We still care a lot about deathmatch and on-foot combat as a studio, but that kind of sticks to Doom, Quake, and those franchises.  We’re really happy with how multiplayer turned out, but it was more on concentrating on single-player and thinking: ‘That works pretty well. Wouldn’t that be fun to do that with a buddy?’ We added split-screen mode and online co-op campaigns as a result.The vehicles were there because there weren’t any parallels to draw from. We tried the vehicles, physics and all, and we liked it. Those are just bonuses for the players.”

From what I’ve seen in RAGE thus far, it’s one of the most exciting shooters of the fall.  You can check our full hands on preview of the game here.