The latest news in the world of video games at Attack of the Fanboy
September 5th, 2011 by William Schwartz 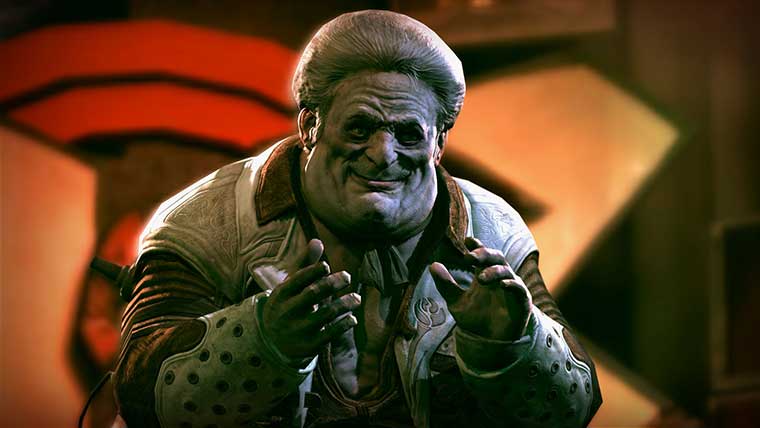 Old hands in the video game world recognize the name id Software as the pioneers of the first person shooter genre. Before there was Halo, Call of Duty, and the Battlefields of the world, there was Wolfenstein, Quake, and Doom. These weren’t just great games for their time. They were the games that literally inspired the developers that are creating the games we play today. So when it was revealed that not only was id Software coming back with a brand new game titled: Rage, but that they were coming back with a brand new engine as well, people took notice. Rightfully so, the early glimpses of the game showcased a beautiful world, that looks fantastic, but there are plenty of pretty first person shooters on the market. In fact, there might be too many.

Recently, I got a chance to sit down and play RAGE for an hour. As it turns out, it was hour that I needed with the game to really drive home the best parts about it. This wasn’t my first hands on experience with the game. I also got a chance to play RAGE at E3, and I’ve got to be honest, as good as RAGE looks, I didn’t see much that really set it apart from other games in the genre. I had begun to write off this game in my mind, and with so many good shooters on the way this fall, I felt I was probably right in doing so. What I found in my playthrough, was that RAGE is so much more than a pretty face.

I began my playthrough with the game in familiar territory. I hadn’t seen the opening cut-scene before, but I was familiar with the back-story for the game. In the year 2029, a giant asteroid collides with earth, wiping out most of human kind as we know it. The gifted few were stored in “arks” with the goal of restoring society in the future. You play as one of the chosen, and as you awake from your sleep, you come to find that everyone else in your ark has been killed. As you emerge into this unknown future, you find yourself in a brutal wasteland. A lawless, desolate, yet graphically beautiful place, but one that I was left unimpressed with at E3. Given little guidance I carried on with the opening moments of the game, and actually got a chance to play some of what I had missed out on in Los Angeles. Having watched most of the trailers, developer diaries, and other media for the game, I had a handle on where I was, and what I was doing there. The opening sequences for the game don’t break new ground for the genre.  Tasked with performing a few simple fetch quests, you’ll learn the basics of RAGE’s combat system.

It’s quite eloquent actually, the gunplay in RAGE. A combination of incredible enemy awareness, great physics effects, and an acute intensity in every single battle I fought, had the combat system winning me over with little trouble. Aiming, firing, and reloading are all performed well enough, but what really sinks it’s teeth into you as you play are the incredible enemy animations. Shoot an enemy in the leg, and they’ll stumble as the make their way towards you with an incredible amount of realism. Unfortunately, I still wasn’t exactly sold on the game at this point, but suddenly a funny thing happened. The Xbox 360 dev kit that I was playing on froze. Since I had been playing for a solid twenty minutes, I had formulated some questions. I started to ask about them, and my guide for the demo told me that I should try a portion of the game that was further along in the story, I’m glad he did.

Here’s where RAGE really showcases just how great it can be. I picked up on an autosave some six or so hours into the game. A point where I was facing a much more capable and armed enemy. Here I would not only need to learn about all the new guns I had access to, but also using the wide assortment of tools that I could unleash on the field of play. Sentry guns, remote control cars, emp grenades, and a few other tools played a determining factor of success against this stronger foe. As I made my way through this more advanced area, I found that there was a puzzle element involved in RAGE. This was unexpected, so unexpected that Tim Willits of id Software had to explain to me what my objective was. I quickly learned that RAGE isn’t just another corridor shooter, it’s something that involves these basic puzzle solving elements, the exceptional gunplay I had mentioned, and a crafting system that will have you scavenging your dead enemies for survival scraps as you progress in almost RPG fashion.

This crafting system can be performed on the fly, so as you move from gunfight to gunfight you’ll always want to make sure you are collecting what you can from your defeated foes. The scraps that they leave behind will allow you to make more of the weapons like the turret, or bomb car on the fly so that you always have some back-up if needed. Where I was playing, you needed it. The map was set up in such a way that it was necessary to use multiple EMP grenades to disable electronic shields, both to gain access to new areas, and disable enemies with energy shields. Since you have a limited supply of these at the onset of the map, like I said, you’ll be looting just to make it through the level. The crafting adds a layer of depth to the combat of the game, especially since you can’t really progress without it. Throughout this second part of my playthrough I had become much more engaged with what RAGE was showing to me. It’s really a much deeper game than I gave it credit for being. Though make no mistakes about it. It’s also got a white knuckle intensity that can really have you gritting your teeth to get through certain portions of the combat. At one point, Tim asked me what I thought, and still frazzled from the battle I just had, I mumbled just one word…Intense.

Sensing my weakness, and my general love for the gunplay in my playthrough, Tim then suggested I play a round of Mutant Bash. If you aren’t familiar with Mutant Bash, you can get hands on with it via iOS right now. This is no iOS version though. This is a fully featured part of the game, which is playable in the campaign of RAGE. How it fits into the puzzle, and your rewards for surviving Mutant Bash were not divulged. See, it’s this sadistic style gameshow which tasks you with one thing, staying alive. You’ll face wave after wave of mutants who also have a similar simple objective, to kill you. Simple enough really, but when you throw in the environmental deathtraps that arise when you move from stage to stage, it gets intense enough to give even the most seasoned twitch shooter players a run for their money. Only getting the chance to play it once, as I was short on time, I left wanting another go at Mutant Bash that’s for sure.

Playing just an hour of a game that feels like it has so many moving parts, its really hard to say how well these things will playout through the whole game. One big problem that first person shooters have is the monotony that tends to creep in around midway through. Though there’s plenty to do and see in RAGE’s wasteland which I think will go along way to help avoid this problem. With the blend of FPS and RPG elements you can accept quests which will earn you better powerups, and gear to help you in fighting the good fight. If id Software can keep throwing together battle sequences like the ones that they showed in the demo, and keep the world as rich and engaging as what I have seen in my short playthroughs throughout the whole game, we’re all going to be in for an FPS treat this October.