Rainbow Six Siege Will Get Third Year of Support

The latest news in the world of video games at Attack of the Fanboy
November 19th, 2017 by William Schwartz

The third year will be structured into four seasons, per Ubisoft.

Throughout the year, 8 new operators will be introduced to the game.  As far as maps go, there will be two new maps.  One is set in Italy, the other is set in Morocco, though one of the existing maps in the game will get a make over with new level design and art direction.

The third year of Rainbow Six Siege will kick-off with Operation Chimera.  These first new operators in the game are focused on handling biohazard situations.  These two operators will be playable in the game’s competitive multiplayer, but Ubisoft will also introduce a cooperative event with the release of the two operators called “Outbreak.”  During the timed event, players will be able to earn cosmetic items during the event.

Ubisoft has not given an exact date on when to expect Operation Chimera or the Outbreak event, but says they will be revealing more information about the new operators for Year 3 at the Six Invitational 2018.

The Year 3 pass will be available for purchase beginning on December 12th.  The Season Passes for Rainbow Six have traditionally cost $29.99 but, Year 2 is currently on sale leading up to release of Year 3. 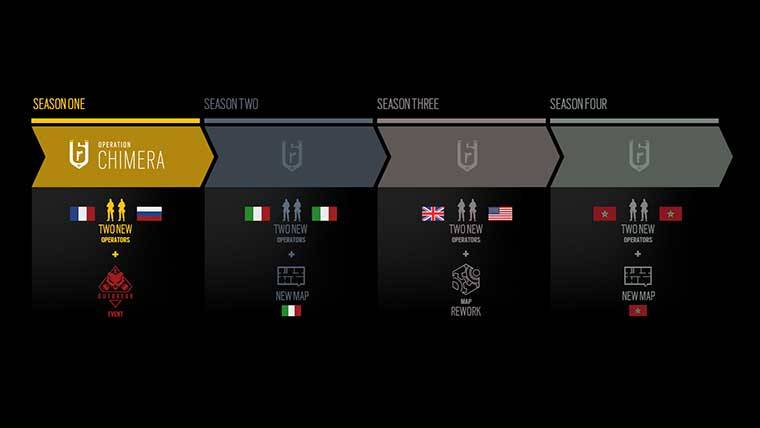