The latest news in the world of video games at Attack of the Fanboy
June 2nd, 2017 by Al McCarthy 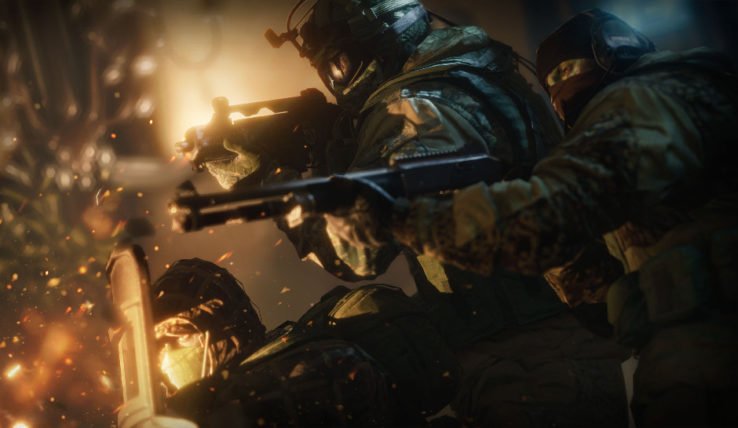 The latest update for Rainbow Six Siege, title update 2.2.1 is going to be focused on hitboxes in the game, making them more conistent across all characters.  Originally, when Rainbow Six Siege launched, Ubisoft used every part of the Operator as a potential part of the body that could be hit.

As they explain in a new developer update, this has changed with 2.2.1.  A number of Operators have accessories that can be hit more easily than others, and this causes an imbalance between the characters.  Over time as Ubisoft was developing more characters for Rainbow Six Siege they wanted to give their artists the freedom to create what they wanted, and not limit them so they had been sculpting hitboxes depending on the character’s specific traits.

Ubisoft says, “Consistency is essential for Siege to be considered competition-compatible, and so we have decided to take some time in Operation Health to focus on bringing hitboxes into complete alignment under a new game design concept: only human body parts count.”

Beginning in Title Update 2.2.1 Ubisoft will introduce this concept so that only human body parts count in damage hitboxes.  Going forward, Ubisoft says that this is only the first part of their new design philsophy for the game.  Those items that you can still shoot but don’t cause damage will still react to being shot in future updates.  Ubisoft says that hitting accessories or other items, for example something metallic, will result in a audio and visual cue.

Season 2 is underway in Rainbow Six Siege, though Ubisoft is taking a little time off on their delivery of new Operators to implement features like these in the game in what they’re calling the Operation Health.  Following the conclusion of Operation Health, players will receive new Operators, Maps, and Weapons in the Hong Kong and Korea DLC releases.