Raiders of the Broken Planet, an Online Episodic Game, Announced

The latest news in the world of video games at Attack of the Fanboy
April 15th, 2016 by William Schwartz 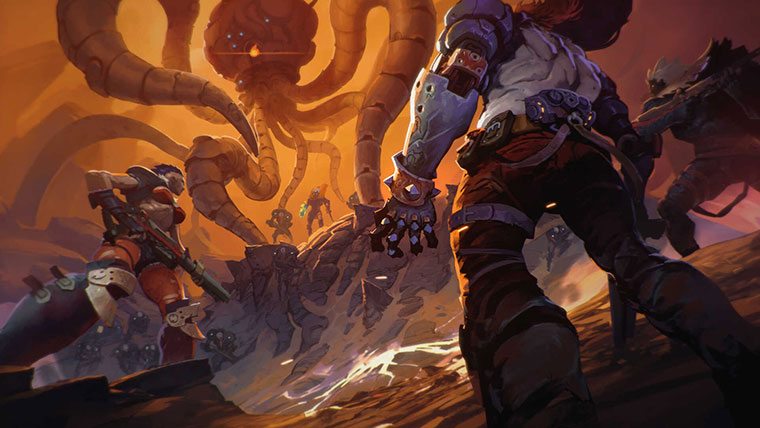 MercurySteam’s newest game, Raiders of the Broken Planet, an online-only multiplayer title, has been officially announced on their teaser website. Along with the reveal, there will be several programs for the closed beta for players to sign up for. The game will be self-published by MercurySteam digitally on Xbox One, PS4, and PC.

Described as an asymmetric sci-fi adventure game, Raiders of the Broken Planet, will take place in the Lira constellation on a massively broken planet. The official website goes into further detail about the universe, “A Powerful ability enhancing substance called Aleph, has intergalactic scum and criminal lowlife” fighting over the resources so that they may hold power over the universe itself.

Raiders of the Broken Planet will also contain a narrative that is planned to be released episodically, with MercurySteam promising a, “extremely low and attractive price point.” I’m excited to hear about the upcoming title, especially since many online-only multiplayer games this generation have not always been successful.

The promise of episodes also sounds different when compared to other games in this genre, so I’m curious to see how MercurySteam handles it.