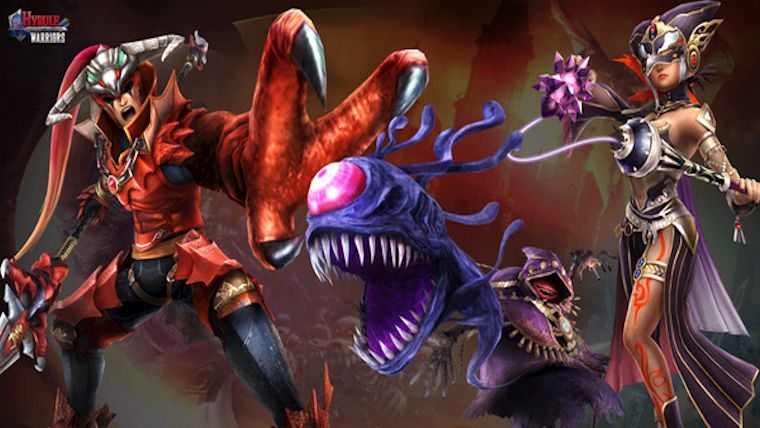 Today happens to be quite a big day for Hyrule Warriors owners, as not only are we getting the Master Quest DLC pack that had the release trailer debut earlier, but Koei-Tecmo has provided us with a free DLC pack as well that is available in the US starting today.

This free DLC pack is no slouch either, as it provides not one, not two, but three brand new playable characters for the game. Unlike some of the DLC packs that bring completely new characters to the game, this one brings three that are quite familiar to those that have played Hyrule Warriors, as all of them are the main villains you will face in the game. This includes Cia, Volga, and Wizzro, all of which have their own unique movesets.

While these characters are not new to this game, they are in fact new to The Legend of Zelda franchise, so it should be a lot of fun experiencing them in battle for the first time. The Master Quest DLC, which also releases today for a cost of $7.99, will include a special scenario with the backstory for Cia, which allows you to play as the other two as well, but this one adds them for free and are usable elsewhere in the game as well.

If you plan on playing Hyrule Warriors this coming weekend, make sure to download this free DLC villains pack and don’t forget to pick up that $19.99 Season Pass as well!