The Next Resident Evil Game Revealed? 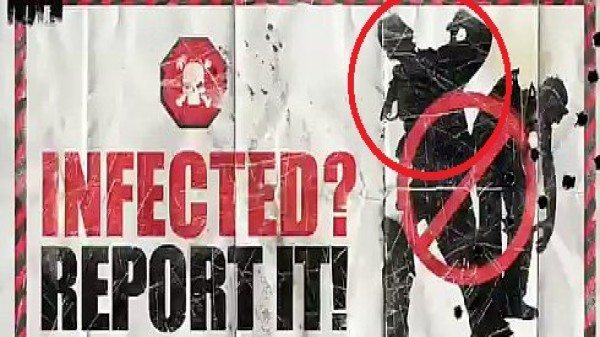 Just a couple of days ago Spike released a trailer with the ” Infected? Report It ” image that led some in the gaming community to think that a possible Valve unveiling of a Left for Dead game was in the cards.  However, Part 2 of the trailer was released and it’s beginning to look a lot more like Resident Evil than Left 4 Dead.

Gamerzines has donned their magnifying glass and pipe to Sherlock Holmes their way into proving that this is indeed the next Resident Evil title.  An official Resident Evil T-Shirt dons the exact same image on it with the same zombie in exactly the same pose.

Take a look for yourself.

Update:  Gamerzines is no longer around.  Unfortunately, you’re just going to take my word on this.  After November 2010, another Resident Evil game was released.  In fact, a couple were.  It’s fun writing from the future.  I know a lot of stuff.