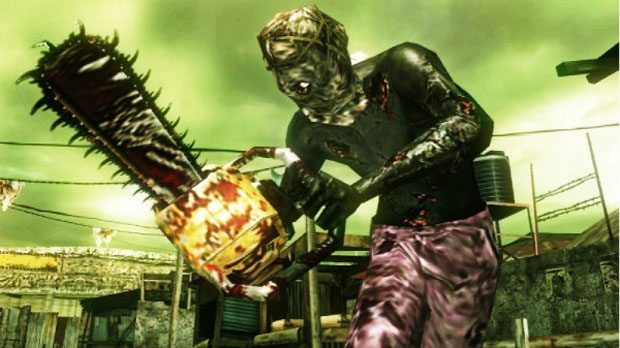 The Mercenaries title derives from an unlockable portion of a previous Resident Evil game in Resident Evil 4.  Where it was unlocked after beating the game in Normal mode.  Upon choosing the Mercenaries mode the you would play and unlock new characters as you go.  THe 3DS version is a full version of this bonus content from the previous game that was built specifically for the 3Ds.

The screenshots and video below should get you up to speed.