The latest news in the world of video games at Attack of the Fanboy
May 18th, 2017 by Jose Belmonte 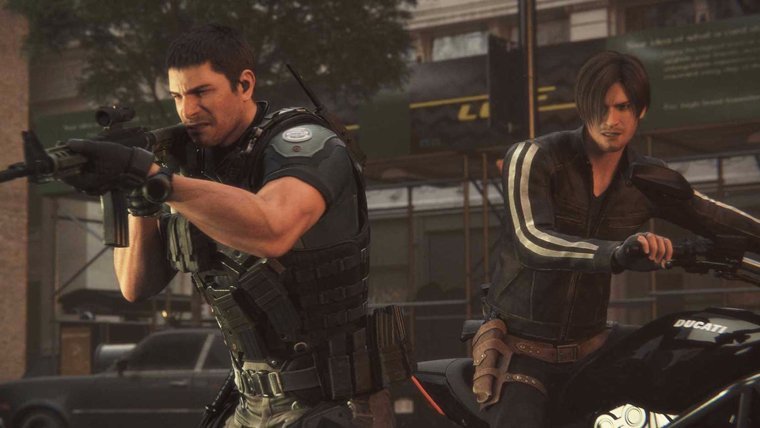 Japanese company Panora has presented a new virtual reality experience for PlayStation VR based on the new animation film Resident Evil: Vendetta. Branded “Infected Experience,” the title will let us live through a T-Virus outbreak in a city and even see the events as a zombie who attacks iconic characters of the series such as Chris Redfield.

This VR Experience is expected to launch in Japan for free on May 24th, only days before the animated film is released. More than a fully realized videogame, the experience plays as a demonstration of the VR capabilities by placing the player in the middle of the action, where he or she can look around and explore the settings while participating in guided events. It’s a similar approach as other VR experiences such as the recent Alien: Covenant In Utero.

Resident Evil: Vendetta tells a story set in the same universe as the videogame series, featuring Leon S. Kennedy, Rebecca Chambers and Chris Redfield as main characters. The story, set chronologically between Resident Evil 6 and 7, sees the protagonists embark on a mission to stop Glenn Arias, a merchant of bioweapons who is planning to launch the new Trigger Virus  in New York City.

Virtual reality projects seem to fit really well with the series, with Resident Evil 7 being fully playable with PlayStation VR and drawing excellent reviews for its implementation. It is also considered one of the first must-buy titles for the virtual reality device.

PlayStation VR, on its behalf, continues to be the market leader of the higher range devices, with HTC Vive and Oculus Rift selling only a fraction of what the Sony device does. However, the slow growth of the market has risen some doubts about its future, which is why announcements like this Resident Evil: Vendetta – Infected Experience are always welcome.