Return To PoPoLoCrois: A Story Of Seasons Fairytale Review 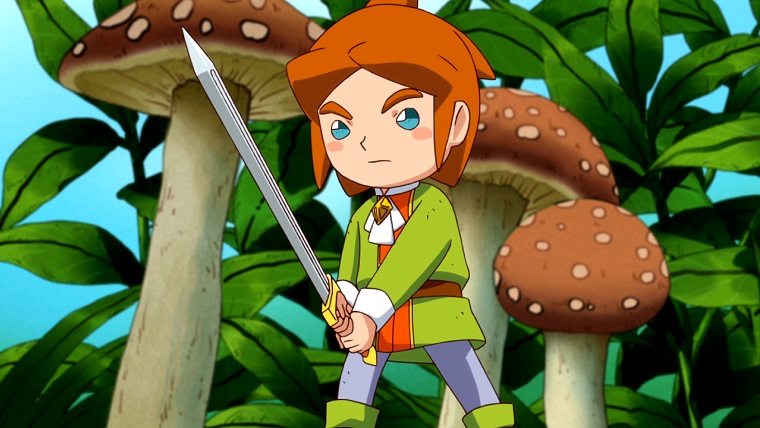 The PoPoloCrois series definitely isn’t all that well-known in the US and may seem like something relatively new, but it actually has been around for a very long time. The original manga series lead to a PSOne game that released in 1996 and was followed by four sequels that released in Japan only, though the first game got a re-release on the PSP in the US in 2005. In an attempt to get some greater recognition and stir up some interest in the series again, the developer decided to take the series’ RPG elements and cross it over with the farming elements of A Story Of Seasons (formerly known as Harvest Moon) for this latest game. The two styles of gameplay aren’t a perfect fit and don’t represent the best of either genre, though the characters that are along for the ride and the traditional RPG combat are good enough to at least make this worth having a look.

It all begins when Prince Pietro of PoPoLoCrois turns 13 and is tasked with saving not only his world, but also the neighboring world of Galariland. Pietro learns of the startlingly increasing number of monsters referred to as the “Black Beasts” that have been popping up all over the world, making the land a dangerous place for its inhabitants. A woman travels to PoPoLoCrois from the far away and equally beast-riddled Galariland in order to help solve the problem with the beasts, though she ends up tricking Pietro and trapping him in Galariland so she can wipe out PoPoLoCrois with less resistance. Thus, it is now up to Pietro to drive out the evil contained within both Galariland and PoPoLoCrois in order to save the world from imminent doom.

What the game boils down to is a straight-forward dungeon crawler that tasks you with travelling around to different locations and purifying the evil-infested four farms of light. There are 5 mini dungeons that are linked with each of the four main dungeons that you need to purify, which consist of maze-like dungeons that contain one Black Beast at the end of each one. These dungeons honestly aren’t the most interesting or inspired, as they’re all essentially narrow hallways that branch off repeatedly and contain plenty of dead ends. While lucking out and discovering the Black Beast before stepping on every inch of these tedious dungeons is possible, some of the best equipment is hidden within them so it’s in your best interest to explore as much as possible whether you want to or not. 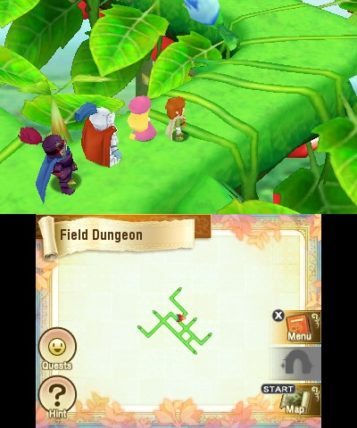 The battle system featured in the game is pretty much as traditional as RPGs get, with a cast of four characters bashing the enemies in turn-based combat. Turns are decided by everyone’s speed and all characters have standard and magic attacks, as well as special attacks that are specific to paired characters. The one area where PoPoLoCrois mixes is it up a little is in its grid movement system, which allows you to move around the battlefield to spread out or gang up on a particular enemy. This definitely injects a bit more strategy into the gameplay, as you need to think ahead to ensure that your placement on the battlefield gives you the best attack positions at all times. The combat is definitely a highlight of the game, as it’s consistently engaging and really hearkens back to some classic RPGs in a good way.

However, where PoPloCrois really takes an interesting spin is in its farming gameplay, which is where the “A Story of Seasons Fairytale” comes into play. The game presents you with several different patches of land throughout the game that you can till, plant and water all matter of vegetables in, giving you plenty of crops to manage outside of the standard gameplay. The mechanics here are much more basic than what is found in A Story of Seasons, as the weather doesn’t change, plants won’t die no matter how long they go without water and you receive the fruits of your labor pretty quickly just by playing the game. You’ll also receive some upgrades to your farming equipment to make the process a little easier, though it’s already easy enough as it is. The main reason to even bother with the farming element of the game is that you can sell what you’ve harvested for some serious dough as the game goes on. You can also give what you grow as gifts to a series of characters in a very tacked-on relationship-building element of the game, though this mechanic is pretty much pointless as it doesn’t lead to anything interesting with any of the characters.

Farming isn’t the only thing you have to tinker around with in the game, as you also have animals to feed, bugs to catch, rocks to mine and items you can synthesize to create a seemingly endless amount of concoctions. The problem here is that the game’s easy difficulty doesn’t really encourage you to engage in what ends up being an optional side element of the game. Regularly making your way through battles and selling your old equipment will result in you having plenty of money to afford the newest gear and items, making constantly juggling between the handful of farms to tend to your crops just feel like a meaningless chore. The mechanics also aren’t deep enough in order to make it a fun distraction to take part in for too long, as the mechanics have been dumbed down to a point that it won’t detract too much from the actual RPG gameplay. 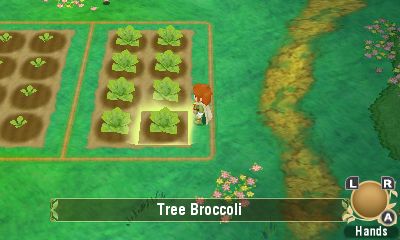 Return To PoPoLoCrois has many of the hallmarks of a classic RPG, with a turn-based battle system and a charming visual aesthetic and cast of characters that all bring you back to the genre’s heyday. Playing the game definitely brings up memories of earlier games in the Final Fantasy series, with a lighthearted innocence that you just don’t see too much in gaming anymore. The characters that Pietro comes into contact with all have a lot of personality that I really grew to like, which includes the likes of an amnesiac pumpkin man and a heroic knight that’s always there to save the day. The story itself isn’t anything special and is definitely predictable, but it was easy to overlook thanks to the lovable banter between the characters. The voice acting is also excellent barring the always-annoying fairy characters in these kinds of games, bringing the characters to life wonderfully.

While Return To PoPoLoCrois definitely has its issues, those who are looking for a charming and accessible RPG can do a lot worse than what this game has to offer. In a world where traditional turn-based RPGs are becoming increasingly rare it’s refreshing that this game taps into 90s RPG mechanics, though the game’s tedious dungeons let the gameplay down a bit. The farming is a feature that you can take or leave, though it’s harmless enough that it really can’t be taken as a negative outright as you can ignore it entirely if you want to. What ultimately makes the game worth checking out is its cast of characters, as even though they’re involved in a by-the-numbers narrative you still root for them and want to see them overcome the evil in their path. It’s a charming old-school RPG adventure, though it definitely could have used some gameplay tweaking to make all the different ingredients mix better.