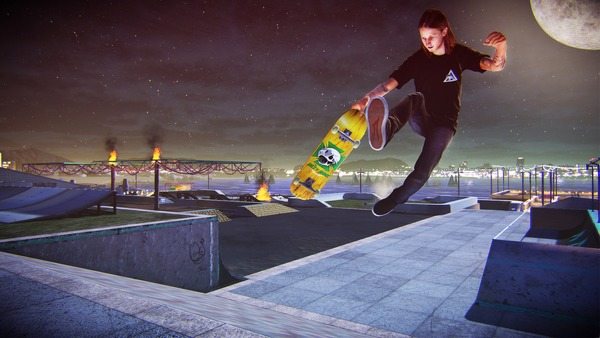 Robomodo is promising another update is coming to Tony Hawk’s Pro Skater 5 as it has been several weeks since the last one came out.

Robomodo tweeted today: “PSA: ICYMI, yes there is an update incoming. No official date yet but please stay tuned and thanks for your patience”

Update patches 1.01 and 1.02 were released in close proximity with one another when the game launched back in late September/early October. This new update patch should be 1.03.

Robomodo tweeted this to remind owners of the game that they are still working to address issues on Tony Hawk’s Pro Skater 5. It has been now over a month since the last two updates were released.

Robomodo just mentioned that they are working hard on next update, but have no indication as to when it will arrive. The only indication as to what it will do includes are: “Quite a few fixes, adjustments, new characters, etc. Hoping to get some info out soon but super busy. thanks!”

The PS3 and Xbox 360 versions of Tony Hawk’s Pro Skater 5 had to be delayed until 2016 because they were not polished enough to meet the original November release date. This is probably a good decision since the PS4 and Xbox One versions still need some polishing up.