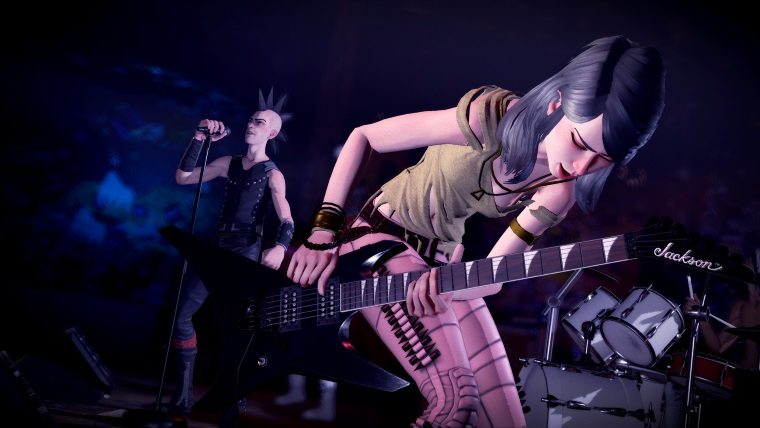 Rock Band 4 took a week off of its usual DLC release schedule last week, but they’re back on track today with the announcement of three new songs coming to the game. Unlike the last few additions, which were random assortments of songs from different artists aside from the U2 drop, this set is just from a single artist. Disturbed Pack 04 hits Rock Band 4 later this week, letting you get three of the band’s best songs for a discounted price.

Rock Band 4’s Disturbed Pack 04 will contain Immortalized, The Vengeful One, and Warrior. If this follows the usual method of release then you can grab each song individually for $1.99, or grab the whole pack for a discount, usually around $5. We’ll have to wait till it hits the market to see the official pricing, but expect it to be int his range. It should hit on Wednesday, but the PlayStation Store and Xbox Live update at different times, so just keep checking.

Rock Band 4 has had a mixed bag of DLC additions since its release last yer. The base game had a decent, but flawed soundtrack, making it so longtime series fans had to turn to the older DLC to really get their favorite songs. Of course, the transition to the current generation of consoles took a lot of time, making older DLC tough to get for quite a while.

Rock Band 4 is available now on PS4 and Xbox One, with new instruments offered in various bundles.